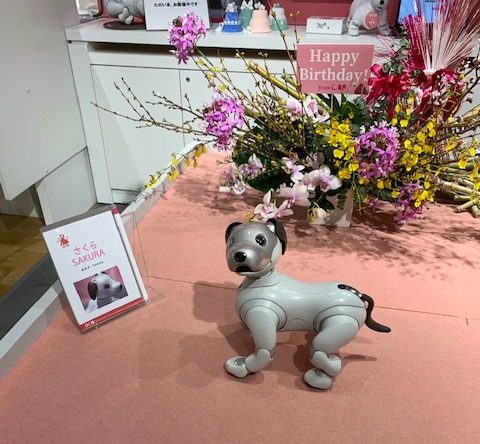 Ginza is a district in central Tokyo, and its name means ‘silver place’ when translated to English. That still holds true today, as it is one of the most high-end shopping districts of Japan. The history of Ginza is deeply intertwined with the Westernization of Japan. In 1872, a massive fire leveled most buildings in Ginza, providing the perfect opportunity for the Meiji government to rebuild Ginza as the showpiece of modern Japan.

The government hired English architect Thomas Waters to rebuild the street in brick, which was a novel material for the Japanese in those days. However, the brick town was more successful as an eye-catcher than as usable space, since Japanese buildings were typically light, airy, and open. Being eye-catching, the street grew in popularity. Trees such as cherry, maple, pine, and oaks had been planted along the streets, but these were later replaced with willows which became somewhat symbolic of the Ginza area. In 1882, arc lights and a horse-trolley were installed and Ginza began to become popular as a high-class retail area, a distinction that it still holds today.

Most visitors to Ginza used to come only to window-shop, as the goods on display were far too expensive for most people. The area attracted young, modern men and women who were there more to be seen than to shop. The term ‘Ginbura’, or Ginza-crossing, was invented in the early 1920s when the Westernization of social values reached a peak (traditional values were reasserted as Japan approached WW2).

In 1923 the Great Kanto earthquake struck, leveling Ginza completely. One of the most prominent buildings that were destroyed, was the Hattori Clock Tower which had been build by Hattori Kintaro, founder of the company that would one day become Seiko Corporation. After the earthquake, the Wako department store was rebuilt on the site, quickly becoming as important a landmark as its predecessor. In the rest of the area as well, reconstruction proceeded quickly, and soon Ginza was humming with life again. A subway line was built through the area in the mid-1920s, adding to the crowds and the cosmopolitan scene.

Ginza lost some of its edginess during WW2 when consumer goods were less available and traditional social roles were strongly promoted by the authoritarian government. Ginza itself was leveled again near the end of the war, along with the rest of Tokyo, when Allied aircraft made a firestorm of the city. After WW2, Ginza again re-emerged as one of the finest shopping areas in Tokyo. In 1987, Japan was near the peak of its economic bubble. Even though the economy of Japan is struggling these days, Ginza remains a consumer’s paradise filled with bright lights, expensive goods, and fashionable shoppers.

These days you will see many Chinese shoppers in the beautiful large streets of Ginza. Most expensive European and Japanese design brands have stores here, and many of them are housed in buildings with incredible modern architecture. Ginza is at least as beautiful by night as by day, and the evening gives ample opportunities to have an exquisite dinner in some of the country’s best restaurants.

For those who appreciate (modern) art, the Pola Museum of Art Annex, which has free entrance, is definitely worth a visit. Also, the Okuno Building is a wonderful opportunity to learn more about art in Japan through the dozens of tiny galleries that are housed in this original 1930s building.

One other spot not to be missed is the Sony Showroom in Ginza, where young and old can be endeared by cute robot dog companion ‘Aibo’.

If you want to make the most out of your visit to Tokyo it is a great idea to book a private guide. If you are interested in architecture, an experienced guide can show and explain to you the most interesting buildings in Ginza and other areas.

As seasoned Japan experts, we can help you create your perfect Japan tour, including destinations like Ginza. Experienced guides can help you make the most of your limited time in Tokyo and show you all the best this city has to offer, famous highlights as well as lesser-known, more local places. Contact us to start planning your unforgettable holiday to this fascinating country full of once-in-a-lifetime experiences, culture, history, nature, and delicious food!

5 Most Recommended Places in Tokyo

While planning a trip to Japan, it can be difficult to make a choice of where to go, due t...