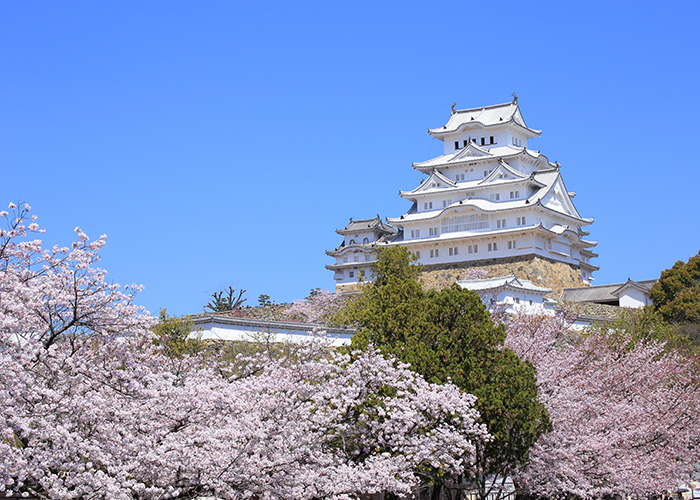 Himeji Castle was the first registered World Cultural Heritage site (in 1993) in Japan. It is said to be a masterpiece of Japan’s unique castle architecture technology that reached its peak in 1600. The castle’s bright white appearance resembles a heron about to take off, so it is also known as Hakuro-jo (The White Heron Castle).

History of the Castle 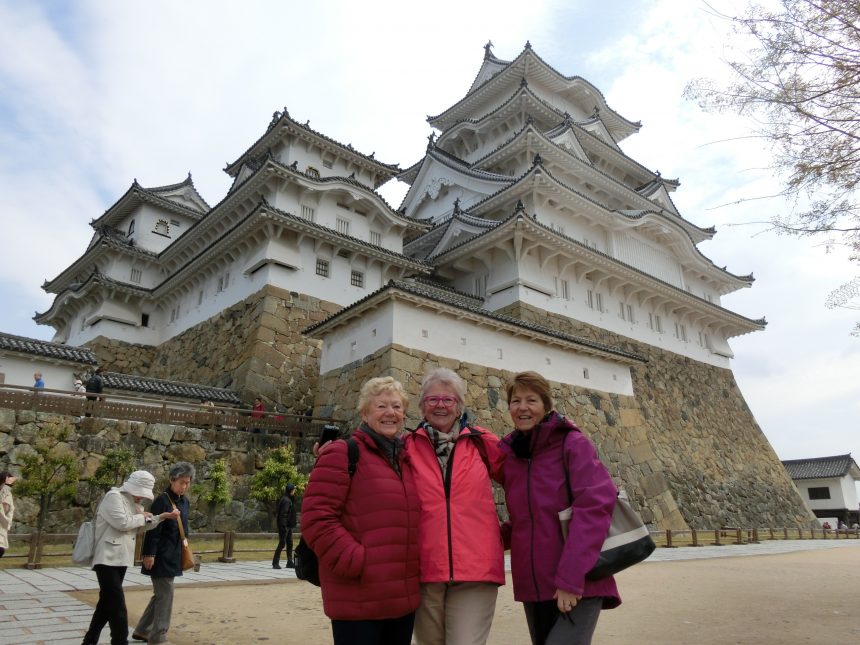 The castles which we can see today in Japan were constructed by shoguns (the military leaders of Japan before modernization) or daimyo (feudal lords) from the 16th century. Castles were strategic bases for them and were not utilized as living spaces.

There were other castles in the Himeji area that were governed by different daimyo, and the Himeji Castle you see today was finished by Ikeda Terumasa in 1609. He supported the Tokugawa Family during the important Battle of Sekigahara in 1600. Tokugawa won the battle and became shogun, and nominated Terumasa as the castle owner of Himeji.

Since then, 6 different Daimyo families have come to govern Himeji until the end of Tokugawa Shogunate in 1867, and during all those years the castle was never attacked. Unfortunately, most of the castles in Japan were demolished after the Tokugawa Shogunate finished, but not Himeji Castle. It was purchased by a private person and he donated it to the military in 1892. In the late 19th century, there was a movement to preserve castles because of their historic value. Himeji Castle was chosen to be preserved and had a big restoration in the early 20th century.

During WW2, the city of Himeji was bombed twice by the United States military and was reduced to ashes. Although the Americans also bombed the castle, fortunately, the bombs did not explode. The day after the bombing, people were moved when they saw that the castle was still intact rising over the burned fields.

Structure of the Castle 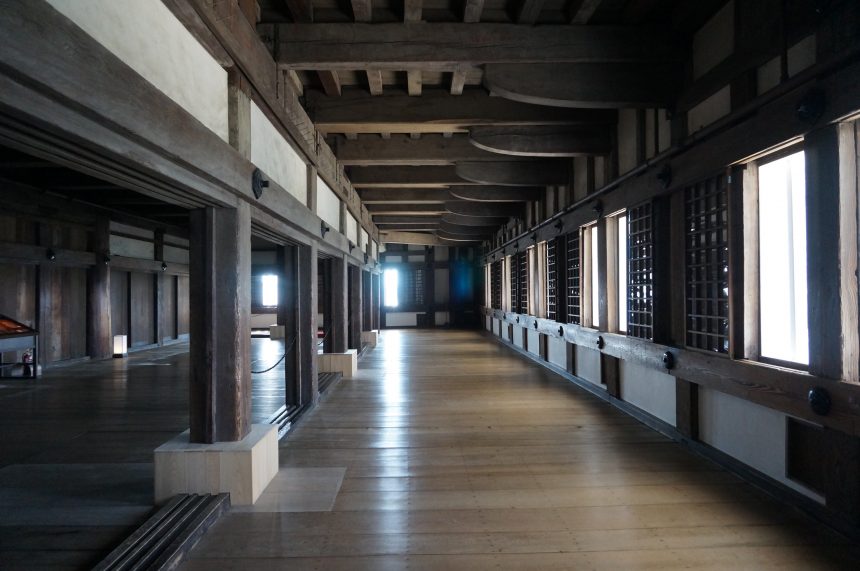 The main tower (Tenshu) was a symbol of the authority and power of the feudal lord. At the same time, the castles built in the era of the Warring States were a display of the military wisdom and technology of that time. The elegant appearance of Himeji Castle makes the robustness of its structure and the effectiveness of its defensive and offensive systems almost inconceivable. We invite you to fully enjoy the grandeur of its scale and power all the way to its smallest details.

The roofs of Himeji Castle are formed by an alternative combination of flat and round tiles. This roofing style is called Hongawara buki. Stucco has been placed at the joints between tile and tile. There are tiles that are marked with blazons, these are the family emblems of the lords that have kept the castle throughout history. In Himeji, we can find 6 types of blazons.

The windows of the Tenshu tower are equipped with thick lattices to prevent the entry of enemies and to defend against their projectiles. In the Kotenshu (small tower) there are lobed windows (Katomado) lacquered in black and adorned with golden leaves. This architectural element was also used in the style of the temples of Zen Buddhism and was a symbol of the nobility of the building.

Himeji Castle is the tallest wooden building in Japan and has a beautiful appearance that makes it unique throughout the world. Although from the outside of the Daitenshu (main tower) it seems to be a 5-story building, it actually has 7 floors in total: six on the ground and a basement.

For those who are interested in traditional architecture and the history of Japan, Himeji Castle is undoubtedly a must-see during a trip to Japan.

If you are thinking about making a trip to Japan, as seasoned Japan experts we can help you create your perfect Japan tour, including destinations like Himeji Castle. Contact us to start planning your unforgettable holiday to this fascinating country full of once-in-a-lifetime experiences, culture, history, nature, and delicious food!

Abroad, the name Kobe is especially associated with Kobe beef which is one of the most pre...