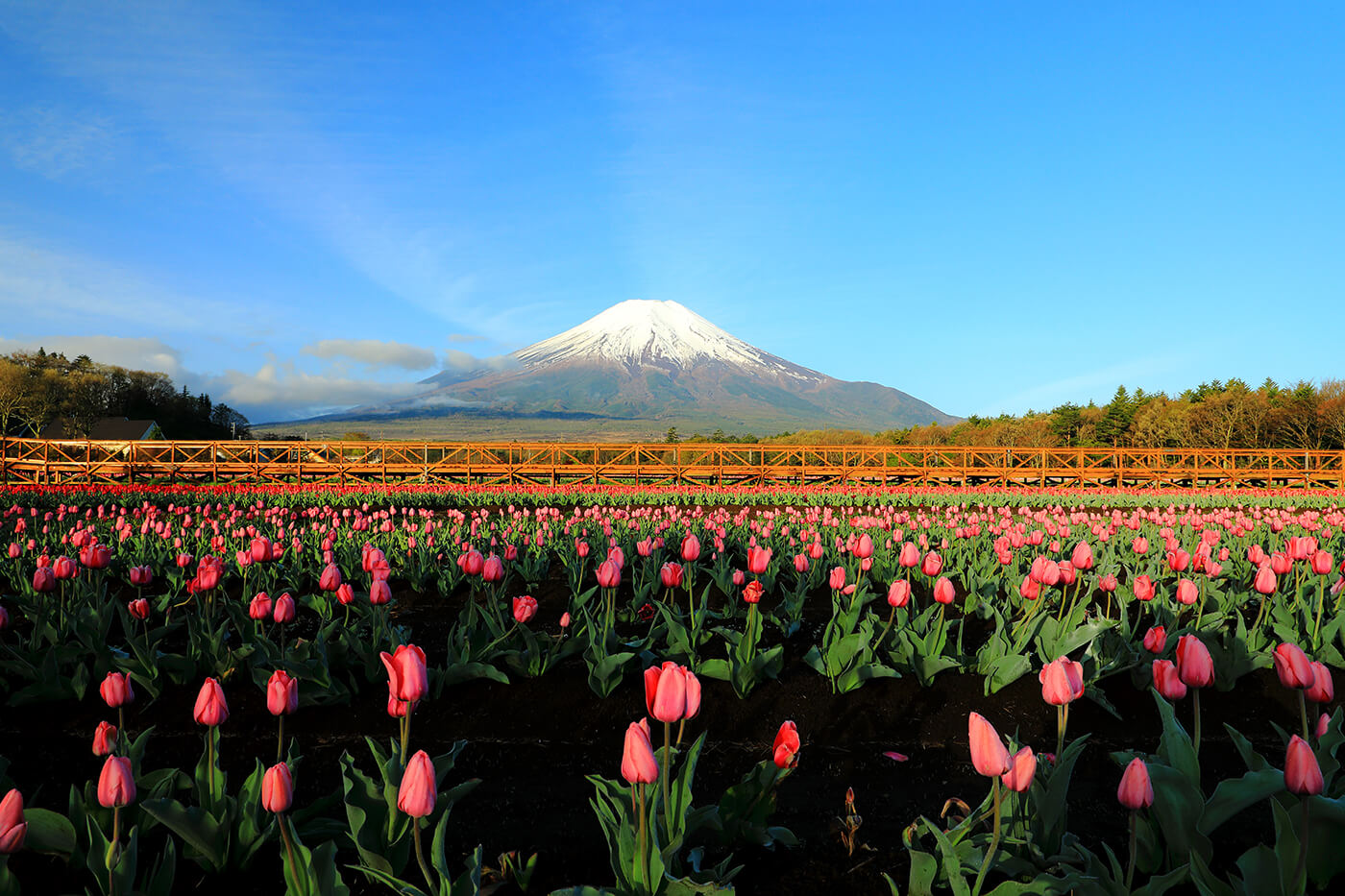 The region around Mt Fuji has long been the inspiration for the works of many of Japan’s most celebrated writers, poets, and artists. Sweeping up from the Pacific to form a nearly perfect symmetrical cone 3,776 meters above the sea level, the elegantly shaped Fuji-san watches over Japan. Mt. Fuji’s last eruption in 1707 covered Edo (now Tokyo) up to 100 kilometers away with ash. Although climbers are known to set out to challenge the mountain throughout the year, the official climbing season for Fuji-san begins around July 1st and ends around August 31st. The mountain hut and service areas found along the trail to Fuji’s peak are open only then. If you want to see the rising sun from Fuji’s peak, start in the afternoon, stay overnight at one of the cabins near the top, and make the remaining climb while the sky is still dark. The other option is to climb through the night, the trail is well-traveled and is hard to miss, especially as there will be a continual line of people on the trail.

From east to west, the lakes are Yamanaka, Kawaguchi, Sai, Shoji, and Motosu. A ‘ko’ added to the end of these names signifies ‘lake’. Yamanakako, which is the largest lake in the group, and the picturesque Kawaguchiko are the most frequented of five, but some of the best spots are hidden near the smaller and more secluded Motosuko, Shojiko, and Saiko. Some recommended visits include the Narusawa Ice Cave and Fugaku Wind Cave, both formed by the volcanic activities of one of Fuji’s early eruptions.

Mt Fuji cannot be compared with other high peaks in the world like Mt Everest in terms of height. However, it has become emblematic of Japan with the striking beauty of its nearly perfect conical profile and wide-flowing skirts. At the peak of the dormant volcano, there is a crater that measures 800 meters across and 200 meters deep. From ancient times, Mt Fuji has been an object of worship as a sacred mountain. Many renowned artists have challenged to depict Mt Fuji, among then Katsushika Hokusai, a very famous Ukiyo-e woodblock print artist in the Edo period. He painted Mt Fuji from various perspectives, at various hours of the day in each season.

There are about 80 active volcanoes in Japan. It is said that about 10% of the 800 active volcanoes in the world are concentrated in Japan. Seven volcanic belts run across the country, each of which has several active volcanoes. One of the recent major eruptions was the eruption of Mt Fugen in Shimabara, Nagasaki. This volcano erupted in 1990 for the first time in 200 years. Its pyroclastic flow killed 43 people and lava discharged from the crater covered parts of Shimabara city. Many people were forced to evacuate from their homes. The volcano we currently know as Mt Fuji was formed hundreds of thousands of years ago in a process that can be divided into three distinct phases of volcanic activity.

700,000 to 200,000 years ago, at the time of the Beijing man (Homo Erectus Pekinenses) when Japan’s climate was passing in and out of glacial and interglacial periods, Japan was undergoing an active volcanic period. The Komitake Volcano, the base on which Mt Fuji later developed, is believed to have been formed during this period. It was formed by an accumulation of hardened lava and volcanic ash that eventually reached 2,500m in height. The Ashitake volcano was also erupting to the south at the same time. For the tens of thousands of years between the end of the Komitake Fuji period and the later Old Fuji period, Komitake was exposed to the elements and underwent significant erosion. Today, a part of the Komitake crater wall can be seen at Izumi-Ga-Take near Mt Fuji 5th station.

The eruption that would form the old Fuji volcano began on Komitake’s southern side. It is presumed from the analysis of volcanic ejecta that the eruption was about 25,000 years ago. Mud and pyroclastic flow created a layer of impermeable rock, which in turn helped to bring about an abundance of spring water around Mt Fuji. It is believed that the wind carried volcanic ash from old Fuji all the way to the Kanto region. After such repeated eruptions, Old Fuji reached a height of about 2,700 meters.

About 10.000 years ago, the eruption that would later form the new Fuji volcano broke out between the respective craters that formed old Fuji and Komitake. This eruption eventually covered the peaks of both of these older volcanoes, forming the Fuji that we see today. The eruption grew less violent, and 8,000 years ago New Fuji attained the beautiful shape it has today.

From the 8th station, the walk begins to get quite steep and by the time you get to 9th st...
">

The Fuji Shibazakura Festival is an exceptional event near Mt. The Shibazakura flower is a...
">

Lake Kawaguchi is the most easily accessible of the Fuji Five Lakes. It is located in Kawa...