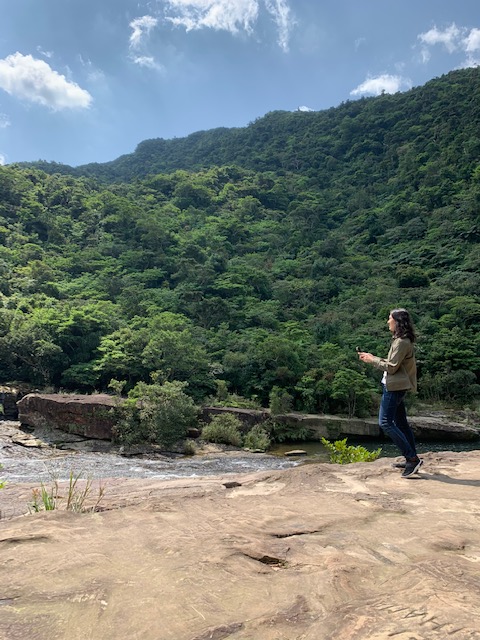 Kamikochi is a remote mountainous highland in the northern part of the Japan Alps, that was formed by glacial activity and volcanic eruptions. Mt. Yakedake erupted for the last time in 1915 and is still active today. The area has been preserved in its natural state, and the highlands reach an altitude of 1,500 m. It was Walter Weston, a British missionary and mountain climber, who introduced Kamikochi to the world in the 19th century. Since then many climbers have come to know about this place, considered to be one of the most scenic spots in Japan. If you want to experience the great outdoors in Japan, Kamikochi would be one of the best places to go.

The symbol of Kamikochi is the Kappa-bashi Bridge, a 36 meter-long and 3 meter-wide wooden suspension bridge over the Azusa-gawa River. With the Hodaka Mountain Range rising in front and the volcanic Mt. Yakedake in the south billowing white smoke, the Kappa-bashi bridge is known as one of the most scenic spots in Kamikochi. Kamikochi is sometimes referred to as Japan’s Yosemite, although it is considerably smaller than its American counterpart.

Even though the location is remote, there are direct buses going from large cities like Tokyo, Kyoto, and Osaka to Kamikochi. You can also go there by a combination of train and bus, by car, or even by bicycle. Click here for more information about accessibility.

The city of Nagano is located in the northern part of Nagano Prefecture. It is a good plac...
">

The Shiga Kogen Highlands area is in the northeastern part of Nagano. Formed by volcanic a...
">

Yudanaka, rich in natural hot springs, is located deep in the mountains of the Yamanouchi ...
">

Matsumoto is centrally located in Nagano prefecture and is surrounded by Japan Alps mounta...