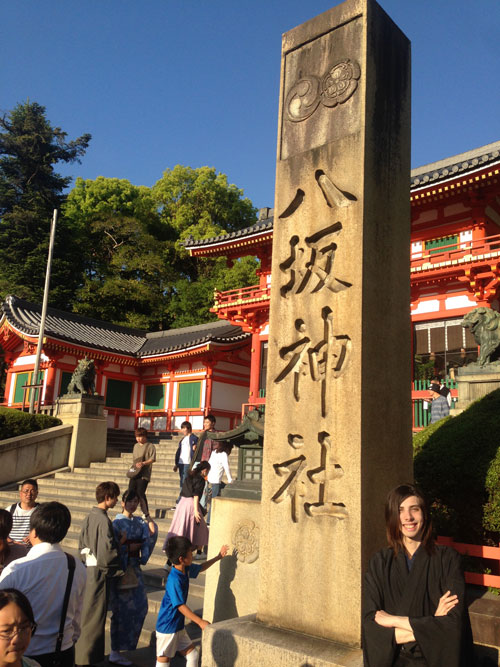 Located in the famous Gion district in Kyoto, the Yasaka Shrine stands out for its great beauty and its impressive buildings. Founded more than 1350 years ago, the Yasaka Shrine, formerly known as ‘Gion Sha’ or ‘Kanshin In’, is one of the most famous Shinto shrines in the entire city of Kyoto. The sanctuary worships the deities Susanoo-no-Mikoto, Kushiinadahime-no-Mikoto, and Yahashira-no-Mikogami.

As the capital of Japan moved to Kyoto in ancient times, visits to the Yasaka Shrine by the Emperor became more frequent, resulting in citizens also honoring this sacred place. The Yasaka Shrine was part of the list of the most important Shrines in Japan that should receive government support. Today the sanctuary is located between the Gion district and the Higashiyama district.

Its main door is high rise and red. There are several food stalls and occasionally there are small stalls selling used kimono. Upon entering the shrine grounds, it can be seen that the Haiden buildings (the front of the shrine) and the Honden (main shrine) are united in the same building. In front of the Haiden is a stage full of beautiful lamps with local business names written on them for the prosperity, which were put there thanks to a business donation. These hundreds of lanterns light up at night, making for a very beautiful night landscape. 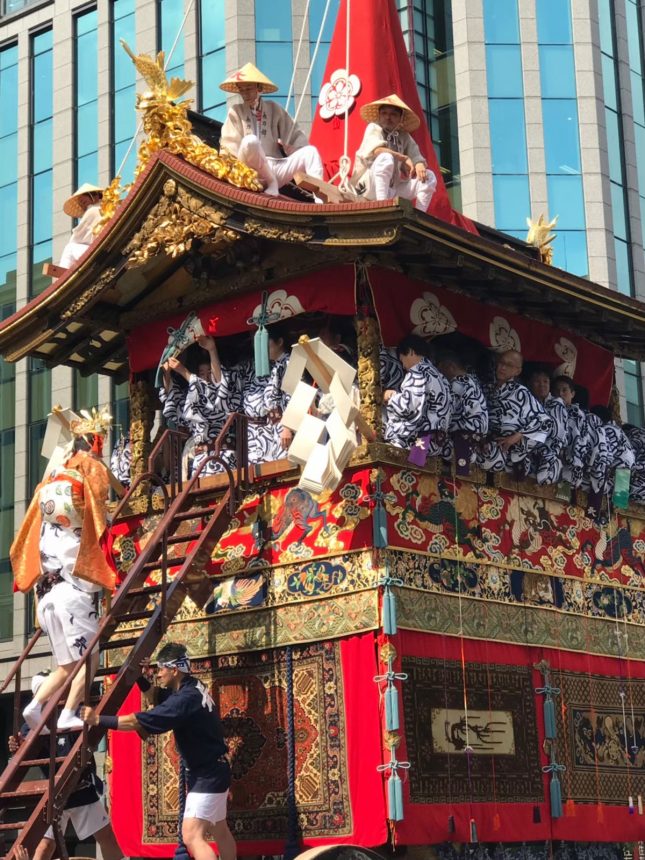 The Yasaka Shrine is home to the renowned Gion festival, which takes place every year throughout the month of July. This festival is the most famous in all of Japan because of its beautiful floats, traditional dances, classic kimono dating from the Heian Period, gastronomic variety, and the omikoshi (portable shrine) parade. 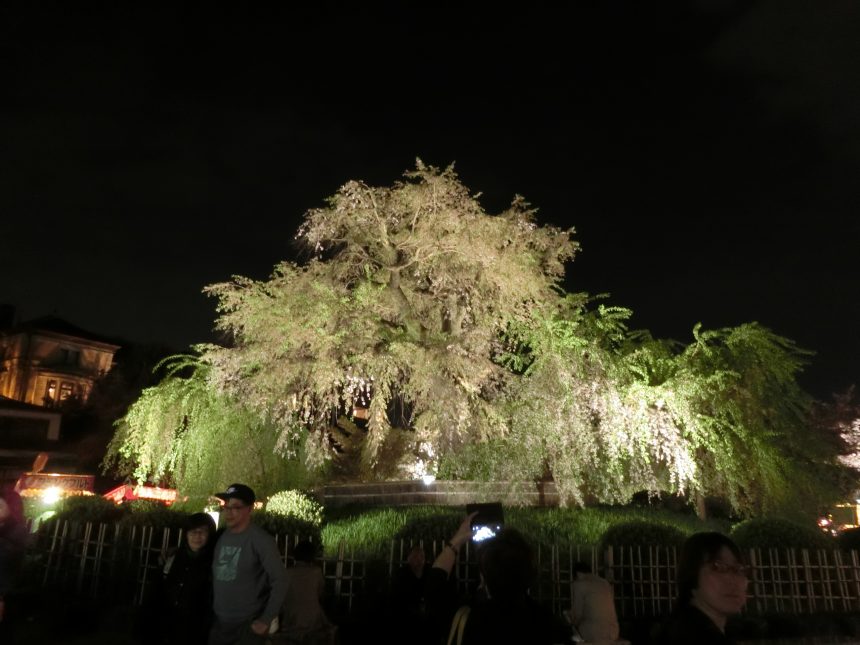 In April, when the cherry blossom season reaches the land of the rising sun, just behind the Yasaka Shrine is Maruyama Park, visited by many due to the beautiful landscape formed by the combination of the imposition of the Yasaka Shrine along with the delicate flowers of cherry, or rather in Japanese, the sakura flowers.

Also, when it is not cherry blossom season, this park can serve as a refuge for those in need of a little silence and observe a simple and relaxing landscape. The Yasaka Shrine is open 24 hours a day, 365 days a year without an entrance fee. Both day and night, this shrine offers a special experience to those who want to connect with the peace of ancient Kyoto.

The Shinto shrine "Sumiyoshi Taisha" was founded in 211, being one of the oldest shrines i...