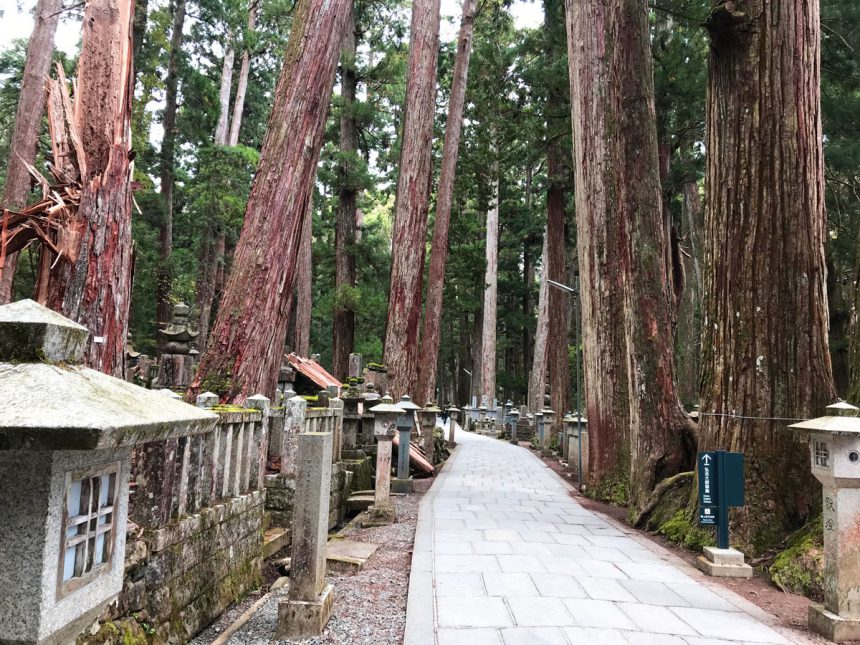 Koyasan is a center of Buddhist study and practice, located in the northeastern part of Wakayama Prefecture. It is surrounded by eight low peaks in Koya-Ryujin Quasi-National Park.

Koyasan was founded about twelve centuries ago by the great Buddhist monk KOBO DAISHI KUKAI as a center for Shingon Buddhist training. His wish was to establish a monastery deep in the mountains. He wanted it to be located far from worldly distractions where Buddhist monks could practice and pray for the welfare of the people. Emperor Saga granted him this land in 816.

The Head Temple of Esoteric Buddhism is Kongobuji Temple, which has a 1200-year-long history. More than 120 temples are scattered throughout the area, thus forming one great religious city. Koyasan was registered as a UNESCO World Heritage Site as a part of the ‘Sacred Site and Pilgrimage Routes in the Kii Mountain Range, and the Cultural Landscapes that Surround Them’.

The 25-meter-high Dai-mon Gate (Important Cultural Property) that has served as the main entrance to the temple ever since its founding day, the Danjo-Garan temple complex (National Treasure) and the Koyasan-Reiho-kan Treasure House are a few examples of the tremendous cultural properties of Mt. Koyasan.

The name Garan is derived from Sanskrit and means a quiet and secluded place where Buddhist monks can train. The initial construction of the Monastic complex at Koyasan began here in the early ninth century. The path leading to the Danjo Garan from the east is illuminated at night, and in autumn the maple leaves here are beautiful.

The Konpon Daito(Great Pagoda) was planned by Kobo Daishi to function as the center of his monastic complex. Construction began in 816 and was completed some seventy years later. The design is a three-dimensional expression of the mandalas of Shingon Buddhism. Images of the eight patriarchs of Shingon Buddhism are also painted in the corners of the structure. 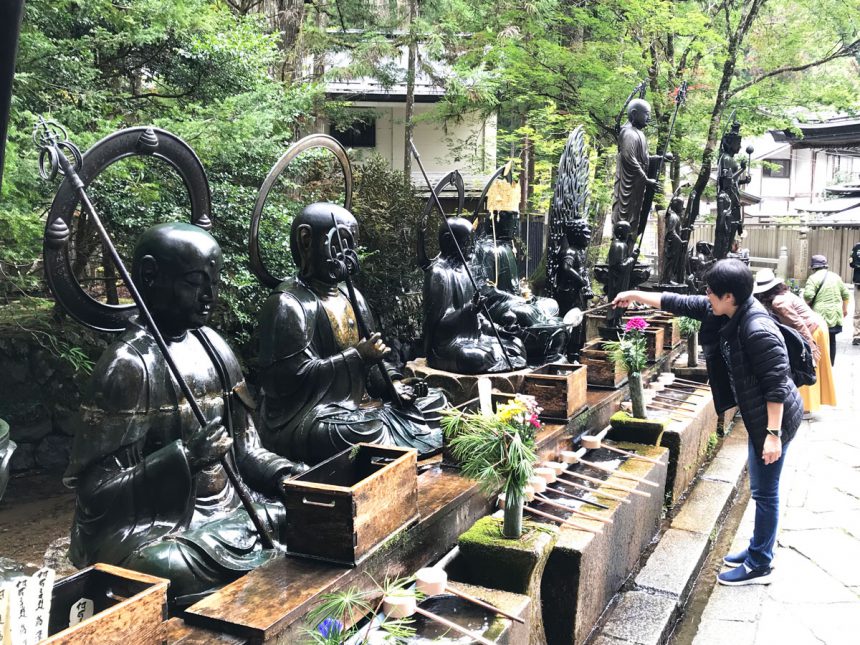 Okunoin is a cemetery and sacred area that extends about 2km from the Ichinohashi bridge to Kobo Daishi’s mausoleum. The path is lined on both sides by hundreds of centuries-old towering cedar trees. Among the trees are over 200,000 gravestones and memorial pagodas for people ranging from important historical figures to commoners. You can visit Okunoin at night as well.

Kongobuji is the administrative head temple of Koyasan Shingon Buddhism. Originally the entire area of Koyasan was known as Kongobuji, and there was no specific building by that name. The building now called Kongobuji was a merger between two existing temples in 1869. The temple contains beautiful screen paintings and Japan’s largest rock garden, the Banryutei. 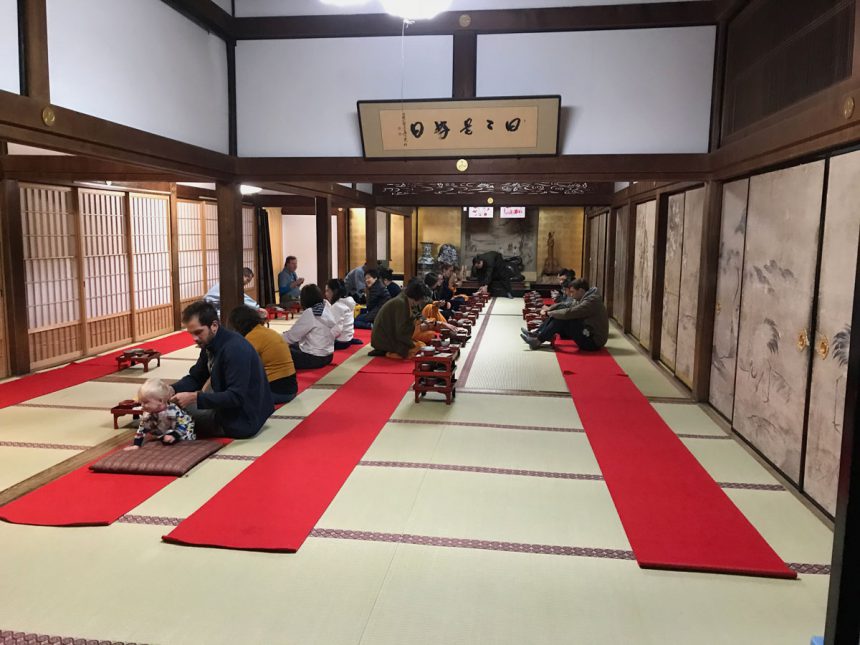 Many temples of Mt.Koya accept lodgers in their temple lodge. Originally these were simple lodgings for itinerant monks. The number of these lodgings expanded in the Edo period along with the increase in visits of pilgrims. There are now 117 temples here, of which 52 provide lodgings. The meal that is served is Shojin Ryori, special vegetarian food using only vegetables, cereals, and seaweed and avoiding meat and fish.

Some of the temples offer the option to experience zazen, a kind of Zen Buddhist training.

If you are thinking about making a trip to Japan, as seasoned Japan experts we can help you create your perfect Japan tour, including destinations like Koyasan. Contact us to start planning your unforgettable holiday to this fascinating country full of once-in-a-lifetime experiences, culture, history, nature, and delicious food!

When you are planning a Japan tour, it can be difficult to choose which shrine to visit be...
">

Eiheiji, 'The Temple of Eternal Peace', is one of the two most important temples of the So...
">

Vegetarian and Vegan Food in Japan

What is the history of vegan and vegetarian food in Japan? What is Shojin Ryori? And what ...