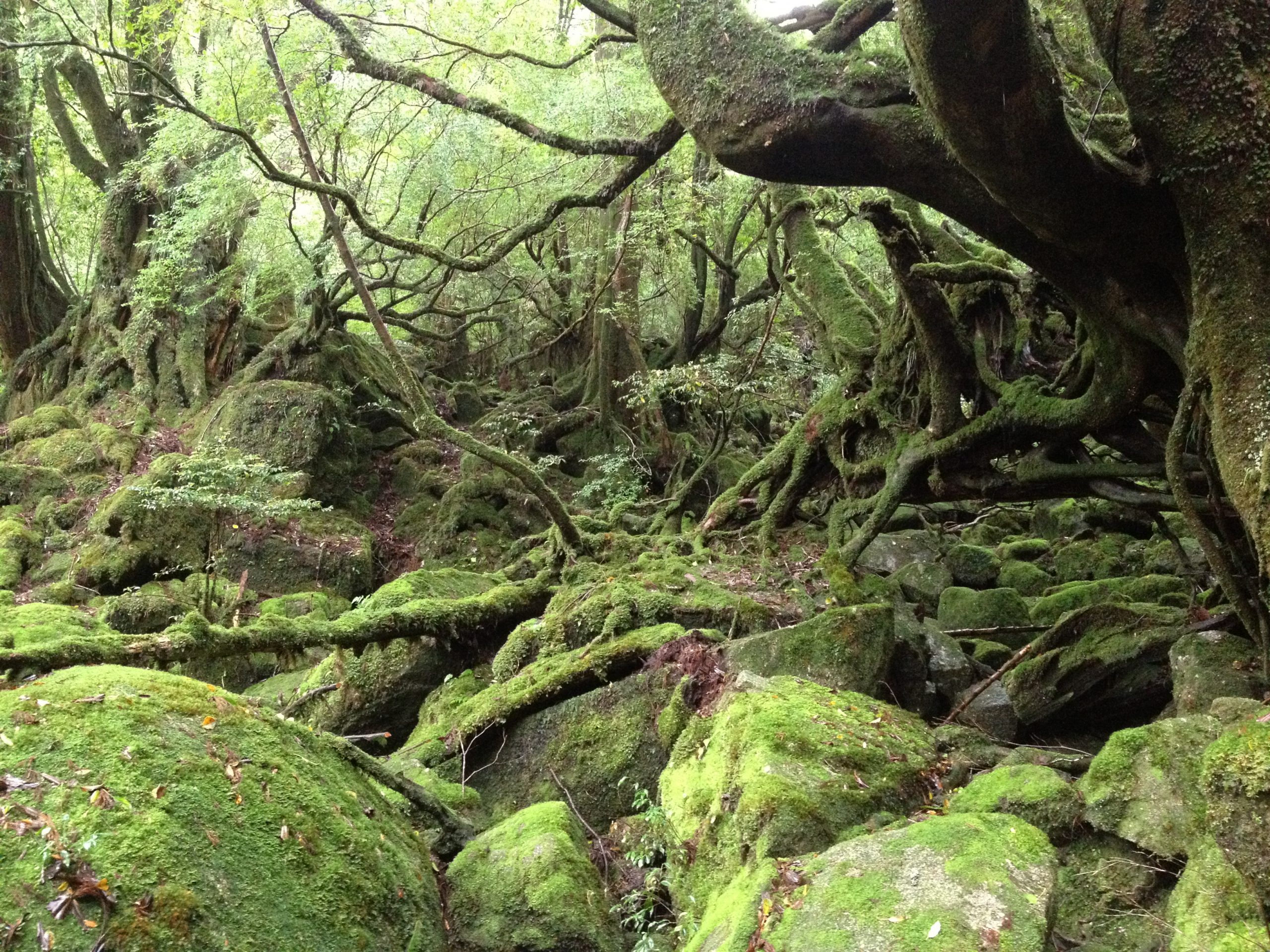 Yakushima is a small, round-shaped subtropical island about 60 km off the southwestern coast of Kyushu and a part of Kagoshima Prefecture. The surface is about 504 m3 with the diameter from north to south 24 km and from east to west 20 km.

Because of its abundance of nature and especially unique species of flora and fauna, Yakushima was Japan’s first location that was inscribed as a World Natural Heritage Site in 1993.

A stay at one of the island’s pensions will enable you to experience a bit of the local culture. 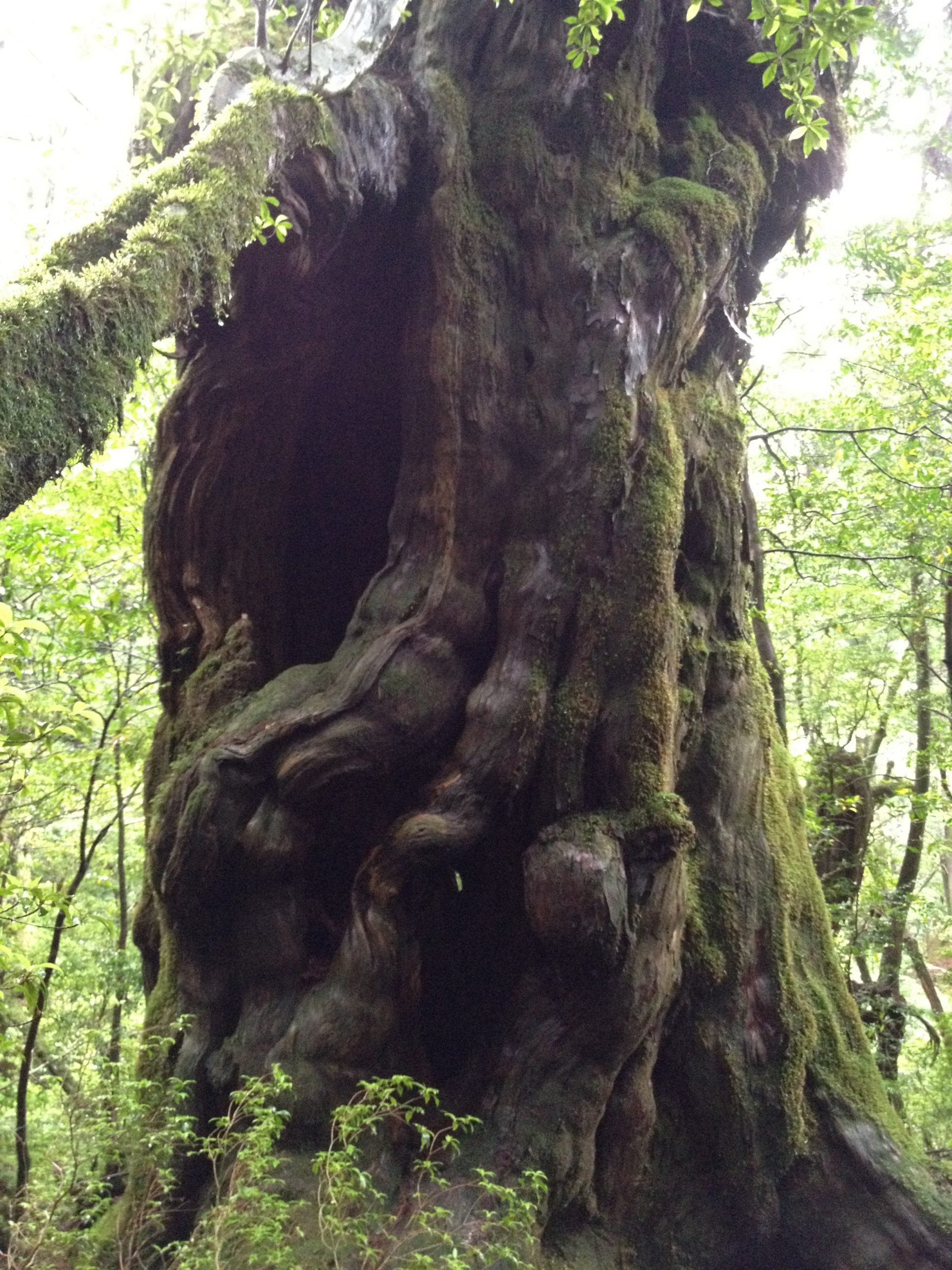 Seventy-five percent of the island’s surface is mountainous. The highest mountain is called Miyanouradake which is 1936 meters above sea level, making it the highest peak in Kyushu.

Continuing up around the coast to the mountaintop, as the altitude increases, the climate changes from that of a subtropical zone to that of a subarctic zone, and the plant systems change in the same way as if all nature in the Japanese Archipelago were condensed into one small island.

Experiencing much rainfall throughout the year, the island is covered with deep green forests. The amount of rain in the high mountain area is over 10,000 mm per year while the average in Japan is only 2,000 mm per year.

The most interesting type of tree on Yakushima is a special tree called Yakusugi. Trees more than 1000 years old are affectionately called Yakusugi (a combination of Yakushima and sugi, the Japanese word for cedar), the most ancient of which may be over 7000 years old. Until the 17th century, the local people didn’t cut Yakusugi trees because they thought they were sacred. Then in the 17th century, they started to cut the trees and use the timber for construction materials. Because Yakusugi can grow in the severe circumstances on the rocky island with a thin soil layer, it makes for strong timber.

Thankfully the very old ones that were over 1,000 years were left alone because of their distorted shape. That is why we can appreciate the old cedar trees today. Most tourists come to the island to hike through the forests and see the ancient cedar trees.

Besides the special Yakusugi trees, you can also find some unique animals on the island. The type of Japanese deer that live on the island is called Yakushika, who live on the mountain. There are over 18,000 deer. They are smaller than the normal Japanese deer, and you may see them while you are hiking on the trail.

Yakuzaru is a type of Japanese macaque that lives only on Yakushima. There are more than 10,000 of them. Compared to the normal Japanese macaque, they have a smaller forehead and shorter tail. They live for 25-30 years. You may also see them on the hiking trail.

Sakurajima is an active volcano and former island (now attached to the main island) locate...
">

Mt Aso, the biggest active volcano in Japan and one of the largest caldera in the world is...