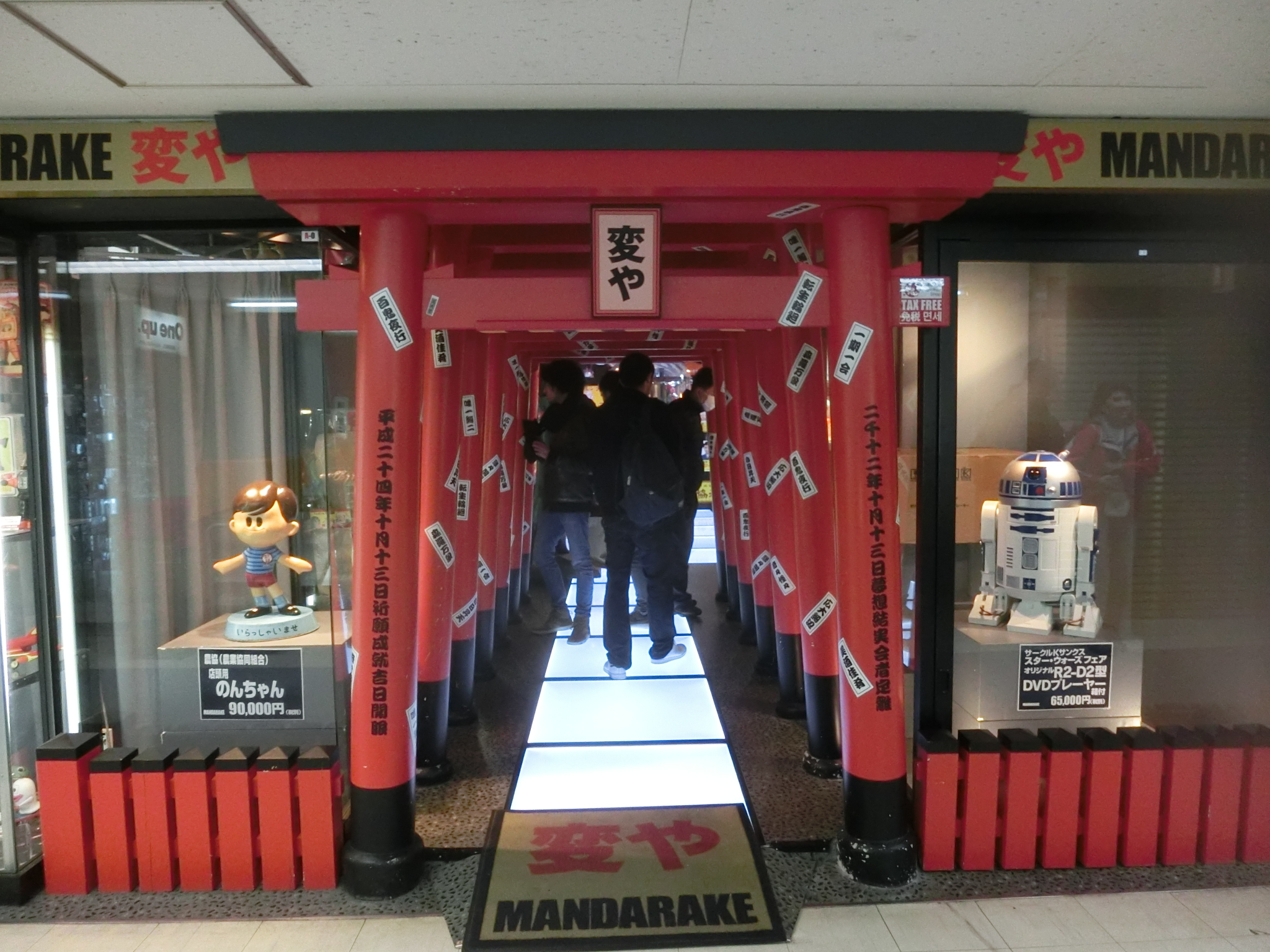 Are you a One Piece fan, or looking for an old Godzilla figure? Would you like to buy your costume for the next Comic-Con? For all of this and lots more you only need to stop by Nakano Broadway! This amazing shopping center is regarded as a sanctuary for ‘otaku’, the Japanese version of nerds. There are all kinds of otaku: those that like a specific anime or manga, game otaku, train otaku, the otaku that support their favorite singer in one of the many J-style girl or boy groups. All these hobbyists can find their niche in Nakano Broadway.

The mall was opened as a normal shopping center in 1966 at the end of Nakano Sun Mall shopping street. The turning point was when Mandarake opened its first used goods shop in this building in 1980. Nowadays Mandarake is a total shop for anime goods; figurines, games, CDs, toys, dolls, costumes, movie posters, etc., but it started as just a secondhand comic book store. Because the first shop was very successful, they have gradually increased the number of shops in the building, and now there are no less than 27 Mandarake stores in Nakano Broadway.

In the 90s, many other anime goods stores opened in Nakano Broadway after they saw the big success of Mandarake. And now among a total of 300 shops, the number of anime-related stores is more than 100. This is how it gained its reputation as a sanctuary for otaku. You will find the anime and manga stores mostly on the 2nd, 3rd, and 4th floors. Some shops sell new products while other shops sell secondhand items. Because they sell a wide variety of anime goods there, you will surely come across what you are looking for.

Also if you are not an anime geek or collector you still can enjoy Nakano Broadway, as this shopping center is a mixture of different stores. Other than anime and hobby shops there are food stores, supermarkets, everyday item stores, a 100 yen store, fashion stores for mainly the elderly, health care stores, restaurants, and coffee shops. It is a great place to get a glimpse of the everyday life of Japanese people by just walking around there.

On the B1 floor there is a unique ice cream shop called Daily Chiko. They sell the largest ice cream you have probably seen in your life. The monstrosity is 10 layers tall and contains 10 different flavors of ice cream. It is very surprising and incredibly instagrammable!

The usual opening hours of the larger stores are from 10 am to 8 pm, but be aware that each store can set their own business hours. If you want the full experience and also be able to have a look in the more unusual ‘hobbyist shops’ it is better to come between 1 pm and 7 pm to be sure most shops are open. It is also better to avoid Wednesdays as more shops tend to be closed on that day, and weekends are a lot more busy compared to weekdays so for some more quiet browsing you might want to pop in on a weekday besides Wednesday.

If you are thinking about making a trip to Japan, as seasoned Japan experts we can help you create your perfect Japan tour, including expert guides who can add to your holiday with their extensive knowledge on topics such as subcultures in Japan. This way, you don’t just see Nakano Broadway, but you will also understand what you see. Contact us to start planning your unforgettable holiday to this fascinating country full of once-in-a-lifetime experiences, culture, history, nature, and delicious food!

Super Potato specializes in those nostalgic games that meant the childhood of today's adul...
">

Akihabara is a place where people from all over the world come to see the new subcultures ...