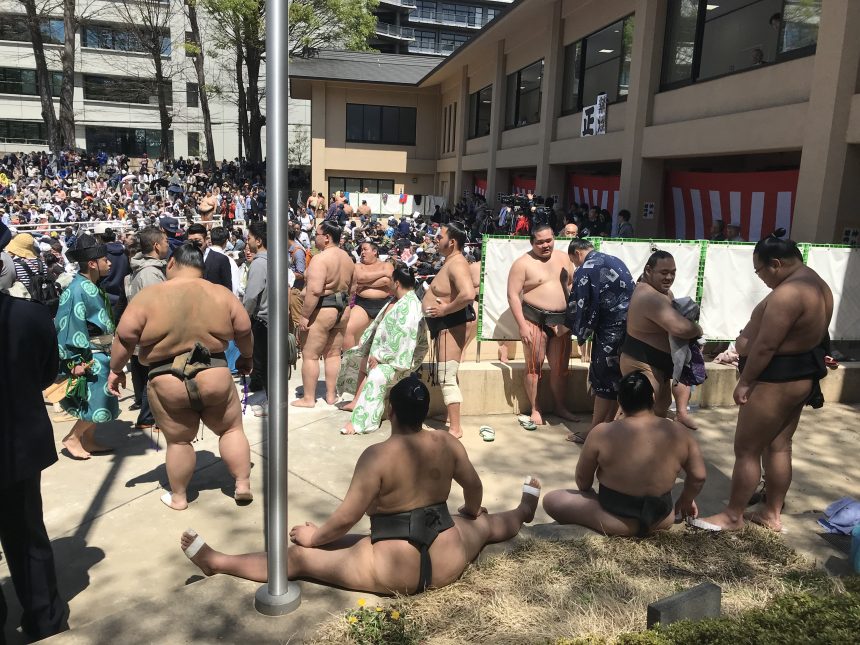 Meaning of the Shrine

In Kudanshita in the heart of Tokyo, there is a place where people pray every day for the peace of Japan and world peace. This place is the Yasukuni Imperial shrine, Yasukuni literally means ‘Country at peace’. This Shinto shrine was built in 1869 due to an order from Emperor Meiji.

The enclosure keeps the record of 2,466,000 souls who gave their lives for the peace of Japan from the Meiji era until the end of WW2 in 1945. Here, people thank all those souls who struggled to create the basis of peace which Japan now enjoys. It is considered one of the most important sanctuaries in all of Japan for its extensive history and its objective that Japan does not enter a warlike conflict ever again.

Upon entering the shrine we can see the highest torii gate in Japan.  The sanctuary honors millions of souls and therefore the door lives up to that fact. After entering a little more there is a statue of Omura Masajiro, who was the founder of the Imperial Japanese Army. This was the first western-type statue that was made in Japan. A little further on is a monument of a mother offering water. This monument represents those moments in which the soldiers were in battle and fainted due to lack of water, and at the time the thirst made them see mirages they saw their mother and asked for water to live. Today, the monument prays that neither the water nor the mother’s love is missing from any person in the world.

The Yasukuni Shrine office.
The Noh theater, where martial arts demonstrations, traditional dances, concerts, and special events are held in honor of the souls that reside in Yasukuni.
The sacred pond, where the spiritual energy of the sanctuary is concentrated and peace can be felt
The Sumo camp, where Sumo fights are held from time to time that are free to the public.
The small forest of peace that surrounds the entire sanctuary
The Yushukan museum. This museum tells the history of Japan from 1868 to 1945.
The Haiden, where people go to pray
The Hoden, where a sacred object called ‘Goshintai’ can be found which connects the earth with the spiritual world.

During the hottest days of the year, the spectacular Obon festival in Japan is celebrated in central Tokyo. The Yasukuni Shrine is decorated with more than 30,000 traditional Japanese lanterns, from the great torii to the main gate to the sanctuary. Obon is the holiday in which for three days the spirits of the family, friends, and ancestors return to the earth to visit their loved ones and celebrate with them. In Japan, it is celebrated on different dates depending on the region, and in Kanto, where Tokyo is located, it is celebrated in mid-July.

Yasukuni Shrine has been performing the famous Mitama Matsuri (Festival of Souls) since 1947. Approximately 300,000 people from both Japan and foreigners visit this festival. Mitama Matsuri takes place from July 12 to July 16. During those days, Yasukuni Shrine offers a wide range of activities, aimed at all ages. Normally in the morning, the community of neighbors of the Kudanshita area performs traditional dances to welcome the spirits.

In the internal precincts of the sanctuary, paintings and drawings made by various artists and children are displayed to represent the importance of art within the spiritual world. The main door has the traditional decoration of the Tanabata festival. Lanterns are not only hanging on the outskirts, there are also small lanterns that make a beautiful path that permeates the entire spiritual enclosure with light and serenity.

Then in the afternoon, the lanterns glow and the Omikoshi (portable Shrine) is carried by the men of the community throughout the wide street of the shrine enclosure. Then there are also musical activities or martial arts presentations at the Noh Theater of the Sanctuary. At nightfall, Mitama Matsuri enters its peak of beauty, giving the visitor the opportunity to meet in peace and happiness with their loved ones who are in the other world.

In the place where the statue of Omura Masujiro is located, all visitors gather, usually dressed in yukata (casual summer kimono) for the Bon Dori, the Obon dance. Bon Dori is performed to receive the spirit of the deceased and feel their presence again in the underworld. The dance tends to be simple but very fun and cheerful.
Opening Hours:
Every day from 6 am to 6 pm
January, February, November, and December from 6 am to 5 pm.

Near the areas of ​​Shibuya and Harajuku is the famous Meiji Jingu, where the souls of Emp...
">