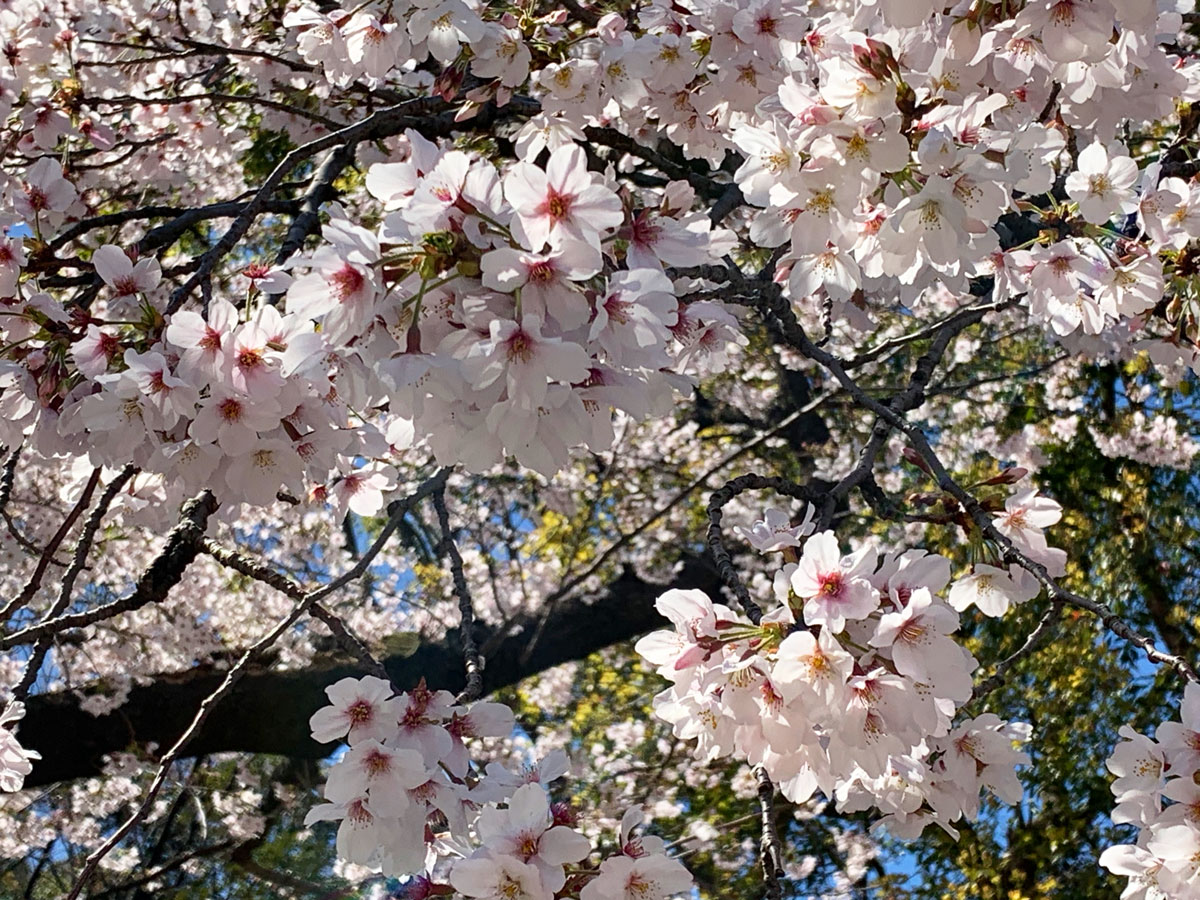 Picnic Under the Trees

In Japan, a very important national tradition returns every year in the early spring. Everybody gets together outside, prepares a picnic mat under the blooming cherry trees (sakura trees), and shares food and drinks. The drinks of choice are usually tea, beer, and sake. Many people will have multiple hanami picnics in one season, one with friends, one with family and one with co-workers. This ritual is called ‘hanami’, which literally means ‘to observe the flowers’.

From the end of March until the beginning of May, cherry blossoms bloom throughout Japan, and this flowering process is carefully followed by almost the entire population through the news on television since the period of full bloom of the most common sakura flowers only lasts for 1 to 2 weeks in one location. Tokyo and Kyoto usually have their full bloom period around the last week of March until the first week of April, but please note that the exact period is a little different every year depending on the weather circumstances.

The practice of hanami is many centuries old. It is said that the custom began during the Nara period (710–794) when the flowers started to become famous. Then in the Heian period (794–1185), the sakura came to attract even more attention, and, since then, the word hanami became synonymous with appreciating the sakura flowers.

His Majesty Emperor Saga of the Heian period adopted this custom and organized parties dedicated to the hanami, where he drank sake and celebrated with various types of food under the flowering sakura trees in the Imperial Court of Kyoto. Poems were written praising the delicate flowers, which were seen as a metaphor for life itself, bright and beautiful, but fleeting and ephemeral. It is said that this was the origin of hanami in Japan as we know it today.

Currently, the process of the flowering of the sakura coincides with the ceremony of entry to the new school period and the restart of work after the holidays when, generally, new recruits will enter the company. When the hanami is done with coworkers, almost always the newcomers to the company must go very early to the place from where they want to see the flowers, for example, Ueno Park or Yoyogi Park in Tokyo, and reserve the best spot for the rest of the morning or day until all his veteran companions arrive and begin to celebrate.

Observing sakura flowers at night is also very beautiful, and for this to be possible, some parks decorate their enclosure with lamps or lighting, recreating a magnificent spectacle. One of the most beautiful places to appreciate cherry blossoms is the Yasukuni Shrine in the Kudanshita area.

The sakura flower is one of the most important symbols of Japan and is loved by millions of people for its extraordinary beauty. If you are in Japan during the time of the cherry trees, it is highly recommended to make time to do the hanami, one of the activities that is most enjoyed by the locals.

The most popular season to travel toJapan is spring, and of course, there are good reasons...
">

In the Ueno park there are many temples and museums, and it is one of the best places to e...
">

The Yasukuni shrine is considered one of the most important sanctuaries in all of Japan fo...