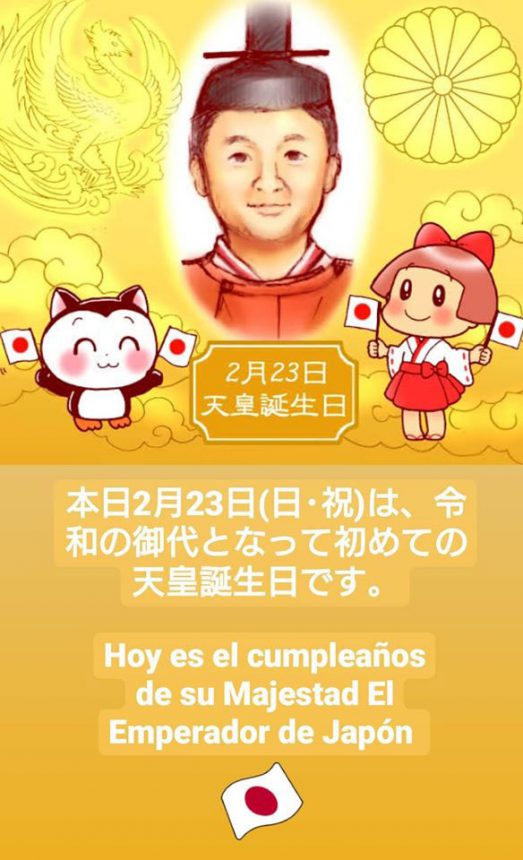 History of the Imperial Family

Japan is the oldest continuous monarchy in the world. In Japan, the Emperor is never referred to by his name but is referred to as “His Majesty the Emperor” (天皇 陛下 Tennō Heika) which can be shortened to “His Majesty” (陛下 Heika). According to mythology, the first Emperor of Japan, Emperor Jimmu, is descended from the Goddess of the Sun Amaterasu and was enthroned in 660 BC. It is commonly accepted that the Imperial Family has reigned in Japan for more than 1500 years and that all have descended from the same family. The imperial crest is a chrysanthemum flower with 16 petals.

Japan’s Emperor is considered a symbol of the state and of unity in Japan. The postwar constitution of 1946 states that the emperor only has a symbolic function. He now mainly participates at ceremonies and diplomatic meetings but has no effective political power. The Emperor shall be the symbol of the State and of the unity of the People, deriving his position from the will of the people with whom resides sovereign power. (Constitution of Japan, Article 1).

Known as ‘Tennou Tanjyobi’, this holiday is celebrated on the birthday of the current emperor. Thus, if the emperor changes, the national holiday will change to the birthday of the new emperor. Previous Emperor Akihito’s birthday was on December 23rd and this was the date of the holiday between 1989 and 2018. In April 2019, Akihito became the first living monarch to relinquish the Chrysanthemum throne in nearly 200 years. Currently, the Emperor’s Birthday is celebrated on 23 February, as Emperor Naruhito was born on that day in 1960.

Everyone that gathers in the palace greets the emperor with Japanese flags and cheers of “banzai”. Since there are many visitors during this time, visitors may be placed in groups before entering the palace grounds. The emperor and empress will then greet each group as they enter and leave the grounds.

If you are thinking about making a trip to Japan, as seasoned Japan experts we can help you create your perfect Japan tour, including expert guides who can add to your holiday with their extensive knowledge on topics such as the Imperial family and Japanese culture. Contact us to start planning your unforgettable holiday to this fascinating country full of once-in-a-lifetime experiences, culture, history, nature, and delicious food!

Japan has the oldest continuous monarchy in the world. According to mythology, the first E...
">

One of the most important visits on the journey through the metropolis of Tokyo is the imp...