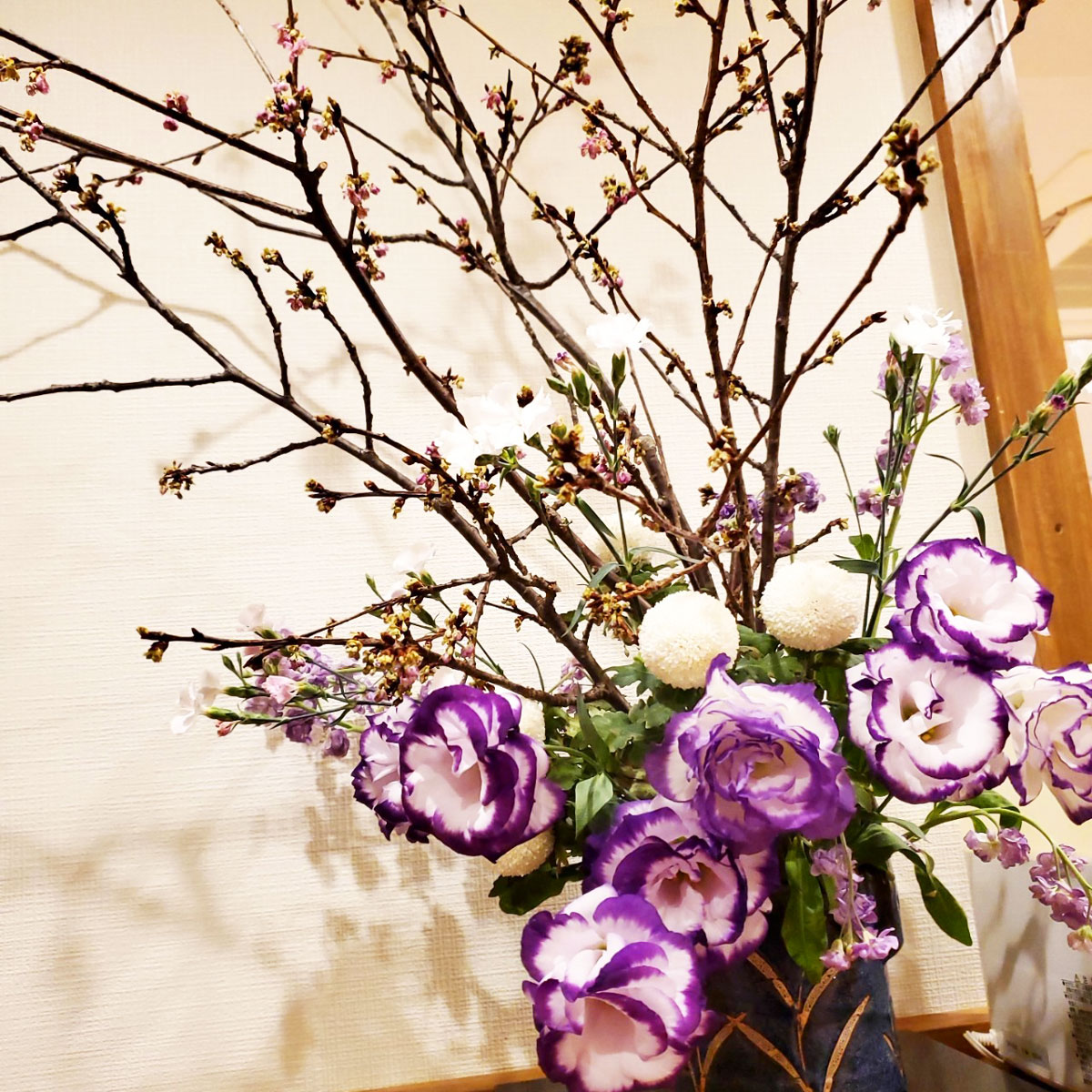 It was in the 14th century that Ikebana arose in Japan when people started arranging the flowers that they offer to Buddha statues. Its concept developed from the desire to express religious feelings in connection with Buddhism. Ikebana is done in harmony with nature which is symbolized by balancing 3 basic pillars that signify the heaven or universe, humans and the earth. These are called ten, jin, and chi in Japanese. A very important element of Ikebana is the fact that it is not merely an art, it is a discipline that leads to self-awareness. A large difference with Western art is that Ikebana uses a balance of 30/70 instead of the customary 50/50. Besides, the less-is-more principle was almost invented with Ikebana, as a good arrangement will rather use fewer elements than to add more materials in order to reach a good result.

Since the second half of the 20th century, more modern schools of Ikebana such as the Shogetsu school which uses materials other than flowers have sprung up in an attempt to present traditional flower arrangement as a type of formating art. At this time there are around 2000 Ikebana schools in the world.

If you want to see Ikebana in Japan, some larger shrines have free exhibitions of flower arrangements for all visitors to see. Two famous examples of these exhibitions are in the Meiji Shrine and the Yasukuni Shrine in Tokyo.

The national bird of Japan is the green pheasant, named 'Kiji' in Japanese. It was declare...
">

Chrysanthemums first came to Japan from China in the fifth century. Chrysanthemum cultivat...
">

Imari is a small town in Kyushu that consists of several pottery workshops. You can also v...
">