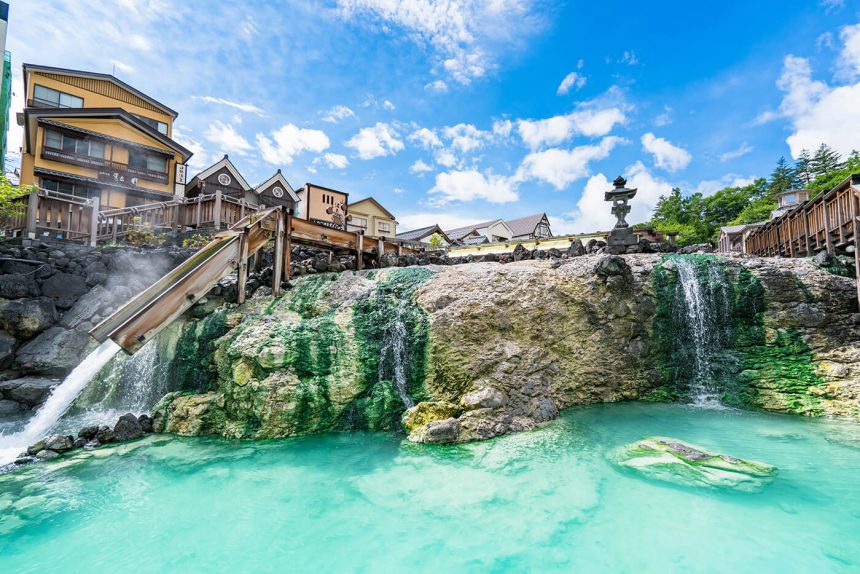 Tectonic activity doesn’t just bring earthquakes and volcanic eruptions with it, it also brings great natural hot spring areas where we can relax and get rid of all kinds of physical ailments. Japan has plenty of these onsen areas, and many of them come with great views of the mountains, snow, or the ocean. If you make a trip to Japan, it would be a waste not to make use of its awesome hot springs! But onsen aren’t the only place to enjoy a bath in Japan.

After returning from a trip abroad, the first thing most Japanese people want to do is eat a good Japanese meal and take a long bath. Japanese people are very fond of soaking in a hot tub, according to one survey, 88 % of Japanese respondents said they like taking baths. In many Japanese houses, the bath area boasts an extra deep tub, in which you sit submerged up to the neck. Most people spend about half an hour in the bath every night. Many children take baths with their father or mother until they are in the upper grades of elementary school. The family tub is actually an important place for parent-child communication in Japan.

Why did Japan develop its particular style of bathing? One answer might be the climate. Japan’s summer is hot and humid, and its waters are cold. Cooler baths wash the body’s sweat off in the summer and hot baths warm the body up in the winter. Another answer might be Japan’s many active volcanoes in which vicinity hot water bubbles up from underground. These hot springs and the presence of many fast-flowing rivers with clean water have influenced the development of Japan’s bathing culture.

The Japanese use their baths not only to get clean but also to maintain their health by warming themselves up and stimulating their circulation. Because the body is washed outside the bath, the bathwater stays clean and deeply refreshing. In the hot spring or the public bath, everybody baths with the same water, creating an unclothed companionship that facilitates amicable communication. In the bath, you can relax, recover from exhaustion, and rid yourself of your stress. No wonder the Japanese love their baths.

In the Japanese bath area, an area separated from the toilet, the bath is sunk halfway into the floor. Because the bathwater is only used for soaking (not for washing), all members of the family take turns using it. You wash in the area outside of the bath and don’t bring any towels in the tub in order to keep the bathwater clean. Rinse your body outside the tub using a washbowl to scoop hot water out of the tub. Get in the bath, the water temperature should be between 38-42 degree, and the water should be deep enough that an adult can sit submerged up to the neck. Fifty years ago, tubs were made of wood, but nowadays, they are made of tile, plastic, or stainless steel. When you get out, don’t pull the plug. Replace the cover over the bath so that the water does not get cold for the next person.

Large public baths are fixtures in many urban neighborhoods. Their existence is recorded as far back as the mid-eight century when they began as free bath facilities for the community of people that resided at large temples. Men and women at this time used the same bath. In the Edo period, about 600 public baths provided washing facilities and places for socializing for the more than one million people who lived in the city of Edo. Public baths are an essential part of most people’s lives until the 1970s, as after that time most households had their own baths.

The number of public baths nationwide declined from more than 23,000 in 1964 to fewer than 10,000 in 1991 Modern public baths called sento have separate facilities for men and women. Admittance is about 360 yen.

Some of the more up-to-date places also have a sauna and other health facilities. Japan is one of the few places in the world where groups of people bathe together. Many especially older people with baths in their own homes still visit the sento in search of a place to socialize with their neighbors. While sento are smaller and have less amenities, for a full day or night of relaxation visiting an onsen resort is the way to go.

Staying at a Ryokan

A trip to Japan is not complete without a stay in a traditional Japanese inn, also called ...
">

Oedo Onsen Monogatari is an onsen theme park and was created to resemble a bathhouse in th...
">

Matsushima, a short train ride from Sendai on the northern Pacific coast, is considered on...
">

The town of Kusatsu in Gunma became well known about 120 years ago after Dr. Balz from Ger...