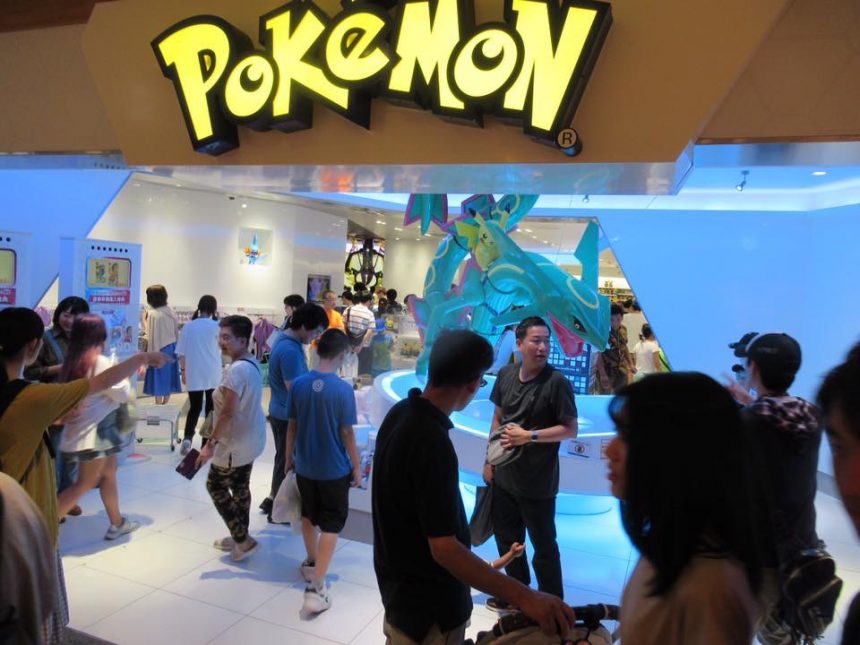 Anime is one of the most important modern cultural facets of Japan. The word ‘anime’ comes from the English word ‘animation’, and within Japan, it is used to refer to any kind of moving animation picture no matter where it is produced, while in the rest of the world it refers only to animation content produced in the land of the rising sun. Today there are many anime titles aimed at all types of audiences, and it became one of the most well-known export products of Japan.

Since the late 1990s, children around the world have been discovering the charming universe of Pokémon. Currently, the Pokémon family of products includes video games, the Pokémon Trading Card Game, an animated Pokémon series, movies, toys, and much more. The games encourage strategic thinking and, in many cases, basic mathematical skills. Pokémon also emphasizes sportsmanship and respect for other players. Many parents feel that Pokémon TCG and Pokémon video games encourage their children to learn to read because reading is necessary for most Pokémon games.

The animated series dates back almost to the time of the origin of Pokémon as a video game. The program follows the adventures of a young impetuous coach named Ash Ketchum and his friend Pokémon Pikachu, who, while traveling through their world, visit exotic destinations, meet interesting people, and have countless exciting adventures. Along the way, they learn about teamwork, compassion, friendship, and fair play while Ash works towards his goal: to become a Pokémon Master. The most famous and internationally loved Pokémon character is Pikachu, the loyal electric mouse that stars in the television show and many of the Pokémon brands.

In Japan, there are many so-called ‘Pokémon Centers’ where they sell exclusive Pokémon products and all kinds of related paraphernalia. If you are coming to Japan, it is a good idea to learn a little bit about Pokémon, as it is a very important part of modern Japanese subculture and thereby Japanese society.

Neon Genesis Evangelion is one of the most lasting and significant pillars for fans of anime, manga, and pop culture over the past two decades, thanks to the innovative television series and animated films. The title of the program can be directly translated into ‘The Gospel of a New Century’, which is appropriate since Evangelion uses a ton of themes, names, and events of Kabbalah, the Bible, and Judaism to develop its story. It’s about fighting the Angels that were put on this earth by Lilith (a kind of Angel) and one of the weapons used against them is the Longinus Spear.

The plot is based on Shinji Ikari, who at the age of 14 is summoned by his father to the city of Neo Tokyo-3 after several years of separation. There, he involuntarily accepts the task of becoming the pilot of a giant robot with the name EVA01 and protecting the world from the enigmatic invaders known as ‘angels’. Although he repeatedly wonders why he has accepted this mission from his cold and distant father, doing so helps him gradually accept himself.

However, why exactly the angel’s attack and what are their father’s true intentions have not yet been deciphered. The message of Evangelion is very important since in the final chapters of the television series they take the observer to analyze himself and discover all the possible realities that exist in this life.

If you are thinking about making a trip to Japan, as seasoned Japan experts we can help you create your perfect Japan tour, including expert guides who can add to your holiday with their extensive knowledge on topics such as anime, manga, and Japanese history. Contact us to start planning your unforgettable holiday to this fascinating country full of once-in-a-lifetime experiences, culture, history, nature, and delicious food!

Are you a One Piece fan, or looking for an old Godzilla figure? Would you like to buy your...
">

Within the music world of Japan, there are two acts that have gone down in history as lege...