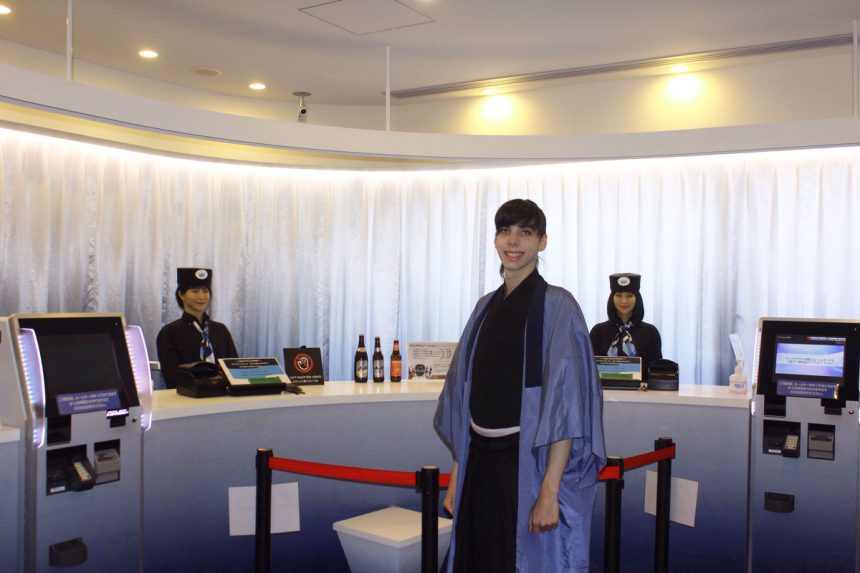 While most foreigners know about kimono, another traditional Japanese garment called hakama is not that known amongst most foreign visitors in Japan. Hakama are the skirt-like pants that are worn over a kimono. It is a traditional piece of samurai clothing, and they were originally meant to protect a horseman’s legs. After the samurai as a class dismounted and became more like foot-soldiers, they persisted in wearing horseman’s garb because it set them apart and made them easily identifiable.

However, there are different styles of hakama. The type worn by martial artists today is called the joba hakama, the garment is similar to pants and it is very comfortable for walking. The hakama that is more like a skirt, called the lantern hakama, was worn on visits to the shogun or Emperor.

The 7 folds in the hakama (5 in the front, 2 in the back) are said to have the following symbolic meanings:

For the Zen Tradition:

Hakama can be worn over any type of kimono except for the yukata, the colorful summer kimono. While hakama used to be a required part of men’s wear, in modern times men only still wear hakama for very formal occasions such as tea ceremonies, weddings, and funerals. Hakama are also regularly worn by practitioners of a variety of martial arts, such as Karate, Kendo, Iaido, Taido, Aikido, Ryu-te, and Kyūdō.

Women rarely wear hakama except at graduation ceremonies and for traditional Japanese sports such as Kyūdō, Aikido, and Kendo. The most iconic image of women in hakama is the Miko shrine maiden who assists in the maintenance and ceremonies of Shinto shrines. And because the Hakama was originally a battle uniform for Samurai, it has great mobility and it is exceptionally functional in comparison with kimono.

The hakama represents the values of the samurai, therefore the person wearing one should honor these values. Kimono is traditional Japanese clothing, while Hakama represents the honorary status of samurai. If you visit Japan it is recommended to have the experience of wearing a hakama.

If you are thinking about making a trip to Japan, as seasoned Japan experts we can help you create your perfect Japan tour, including expert guides who can add to your holiday with their extensive knowledge on topics such as traditional Japanese clothing, history, and culture. Contact us to start planning your unforgettable holiday to this fascinating country full of once-in-a-lifetime experiences, culture, history, nature, and delicious food!

Hatsumode: First Visit To the Shrine or Temple for the Year

In Japan, for many years the way of dressing was very different from the fashions of Weste...