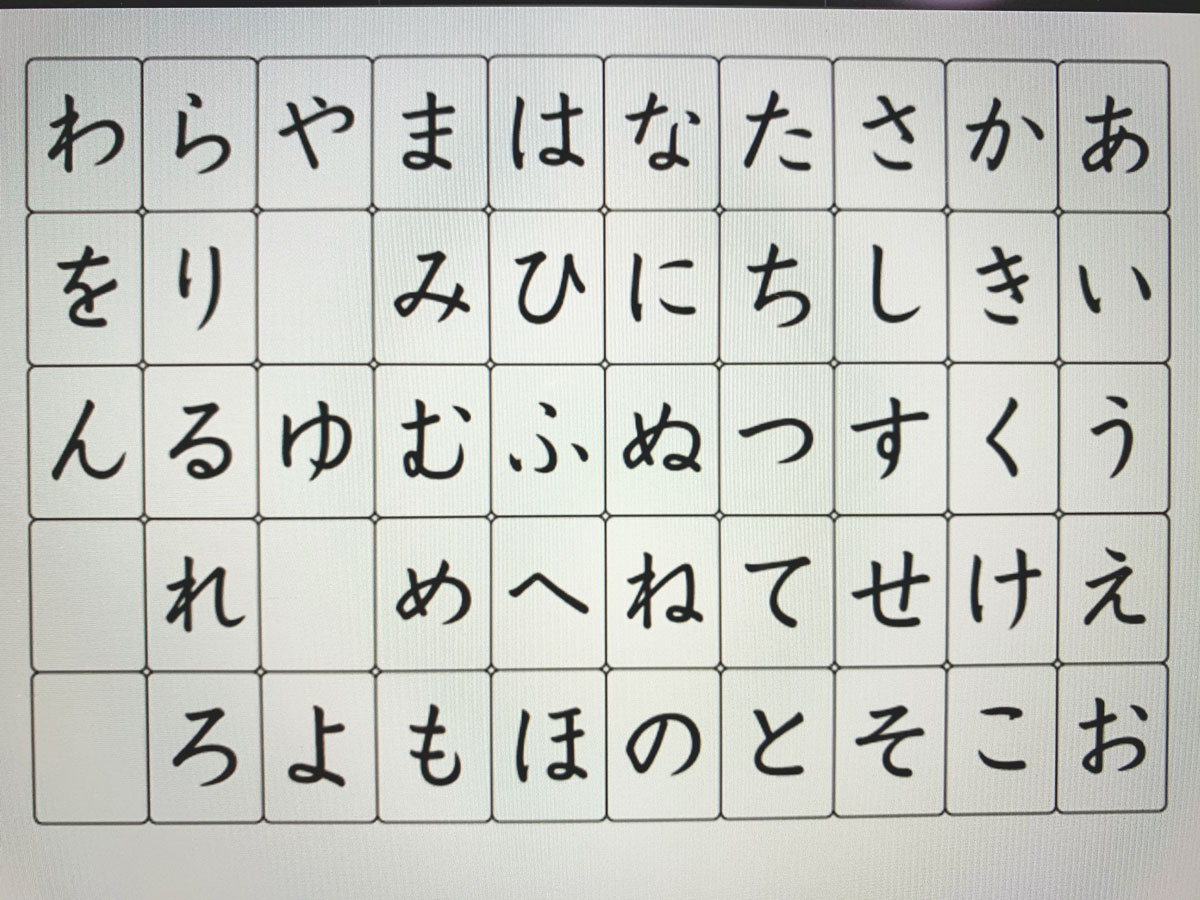 There are many theories about the origin of the Japanese language, some of which say that Japanese originated from languages of middle Asia or the Indian subcontinent. While its exact origin remains uncertain, what we do know is that the Japanese language has incorporated many Chinese words. The closest language when it comes to grammar is Korean, but the writing system was imported from China.

Japanese writing consists of three systems, kanji, hiragana, and katakana. The word ‘kanji’ literally means ‘Chinese characters’, and this writing system was directly taken from the Chinese over 1000 years ago. There are over 8.000 kanji, but only around 2.000 of these are designated as being in common use. The other two writing systems are noticeably easier to learn, as they consist of only 46 ‘letters’ each. The hiragana and katakana writing systems work like an alphabet, each letter stands for a sound but doesn’t have a meaning in itself as kanji do, and they were created based on the Chinese pronunciation for the character. This resulted in a writing system that incorporated both Chinese characters and kana syllabaries. As there are thousands of homonyms in Japanese, it was decided that kanji were to be used besides hiragana and katakana for clarification purposes, because kanji are ideographic.

The Manyoshu is the oldest collection of Japanese poetry and was completed in the mid-8th century. It contains about 4,500 waka poems. It is extremely difficult to read, as most are written with kanji that had been randomly assigned sounds. Kanji were then simplified at the end of the 9th century, and this is when the kanji evolved into the current hiragana and katakana. Hiragana came to be used in correspondence and narratives, and katakana was used for annotation and as phonetic symbols for difficult Kanji. Nowadays, hiragana are used for grammar concepts like the past and present tense, prepositions, and hiragana-only words. They are also used as ‘furigana’, small hiragana that are written next to kanji to show the pronunciation for difficult or rare words. Katakana are used to write words with a foreign origin like loan words and foreign names, and as a style that is similar to using all caps or exclamation marks.

All historical documents in Japan are written vertically, as in the past all writing was done vertically like Chinese. After the introduction of Western culture, it was needed to accommodate the alphabet and Arabic numbers as well. Fortunately, since each individual kanji and kana has its own meaning and function, they could be arranged horizontally as well without losing their meaning. Nowadays, most novels and manga are still set in vertical text, but a lot of text on television or in commercials is set horizontally. It became a style-choice, and both of them are easy to read for Japanese readers.

One of the Japanese forms of visual arts that have been famous in the Western world has be...
">

Kabuki theater is a popular performance art that you can only see in Japan. It is performe...
">

The Tanka is a uniquely Japanese poetic form perfected at the beginning of the seventh cen...
">