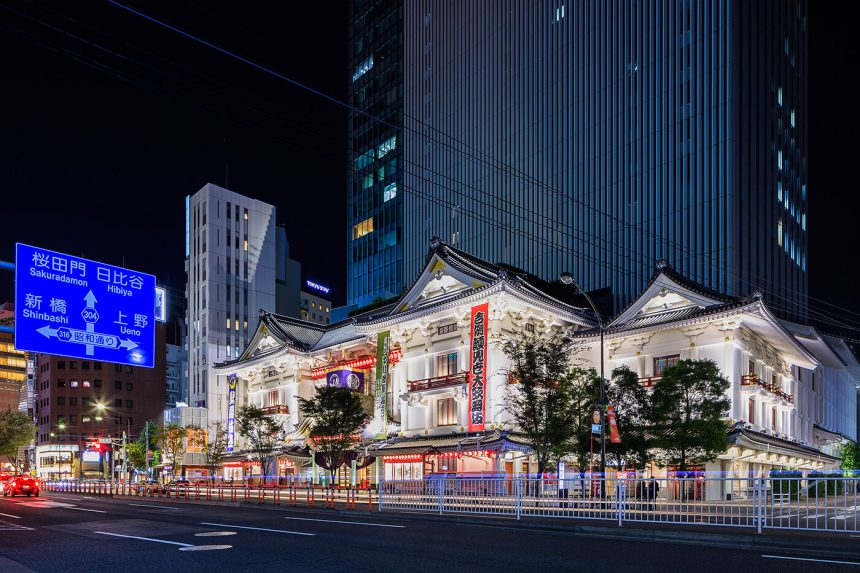 Kabuki theater is a popular performance art that you can only see in Japan. It is performed by only male actors, and traditionally the trade has mainly been inherited by sons from their fathers. It is, however, not impossible to become a Kabuki star if you were not born into a Kabuki family. If you have trained from a young age under a Kabuki senior and have proven to be talented, it is possible to become a star.

Kabuki is said to have originated around 1603 when a woman attendant from the Izumo shrine named Okuni performed a dance called Nembutsu Odori. However, in 1629, women were banned from the stage because of the suggestiveness of some of the scenes and the need to protect public morality, leaving only men to perform.

While Kabuki is a very traditional form of art and today’s trend leans towards preserving Kabuki as it traditionally was, it hasn’t always been that way. When the modernizing Meiji period came, a sudden influx of Western culture has made Kabuki attempt to incorporate some of these new influences. Nowadays, it is a world that preserves conservative traditions. In Tokyo, a permanent Kabuki theater called the Kabuki-za stage performances throughout the year.

The Kabuki theater is located in the Ginza area, one of the fanciest parts of town. The building is a sight to behold, so even if you are not planning to see a performance it is worth it to see the building from the outside and go to its basement for the souvenir market.

Shows are changed regularly and in between two different shows the theater is closed so it is good to check the schedule ahead of time if you want to catch a performance. You can either see the whole performance or choose to see only a single act if you just want to taste the atmosphere. For the single act tickets, you only have to show up at the theater about an hour ahead of the act that you want to see and buy your ticket at the window outside.

The performance is of course held in Japanese, but the good news is that you can rent a tablet for a nominal fee that doesn’t just provide you with translations of what is being said or sung, but also gives you some historical background information so that it is easier to understand. The performance is slow enough so that reading the translation doesn’t interfere with enjoying the stage too much. If you are in Tokyo for a few days, it is definitely worth checking out a single act of a Kabuki show, it is a great experience and it is interesting to see how nicely people dress up and how impressive the inside of the theater looks.

It was in the 14th century that Ikebana arose in Japan when people started arranging the f...
">

In the heart of the Japanese sumo wrestling city of Ryogoku is the acclaimed Edo-Tokyo Mus...