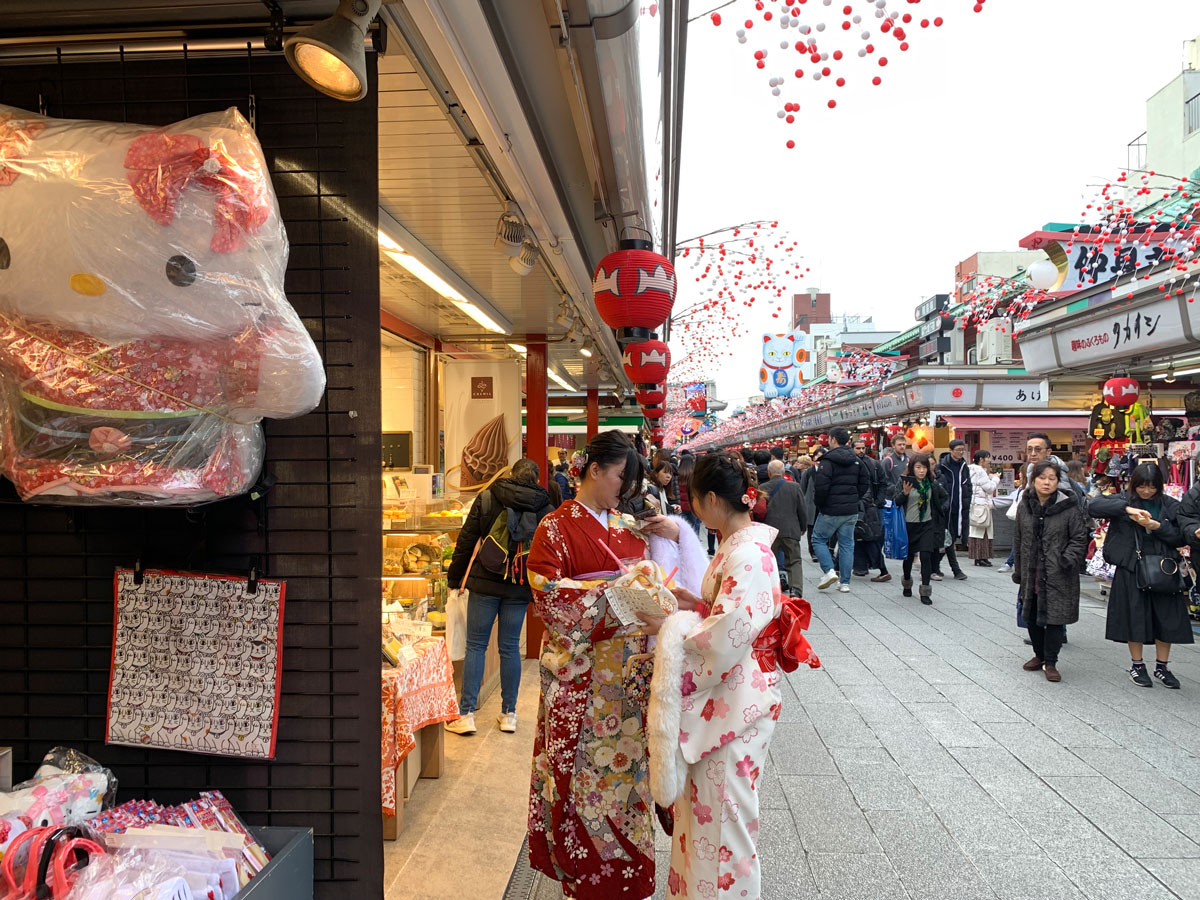 In Japan, for many years the way of dressing was very different from the fashions of Western countries. Around the world, the type of traditional Japanese clothing that is most representative is a full-body garment called kimono, which literally means ‘object to wear’.

The kimono generally reaches down to the ankles, although the women’s kimono is longer since its design is tied at the hip. The neck of the kimono is attached flat and is always worn from left to right (unless the person wearing the kimono has died, in this case, it is used from right to left). The sleeves of this garment reach the wrist and, some variations of the kimono may have sleeves long enough to touch the ground.

Kimono are tied in the back with a band called ‘obi’, knotted in to keep the kimono closed. The knot is known as a ‘musubi’. Its great versatility is based on the formality, the type of obi, and the age of the person. Kimono are generally worn with traditional footwear, known as ‘zōri’ or ‘geta’ (almost always wooden sandals) and special socks called ‘tabi’.

Kimono range from extremely formal to very casual. The level of formality of a woman’s kimono is mainly determined by the pattern of the fabric and the color. Young women’s kimonos have longer sleeves, which means they are not married and tend to be more elaborate than older women’s kimono. Men’s kimonos usually have a basic concept and are mainly used in faint colors.
The formality is also determined by the type and color of the accessories, the fabric, and the number or absence of ‘kamon’ (family crests), with five crests meaning extreme formality. Silk is the most desirable and most formal fabric. Kimonos made of fabrics such as cotton and polyester appear more casual in style, but today, an ordinary person prefers to buy a kimono of these materials because it is much easier to care for and use.
From a Japanese standpoint, the kimono is a garment as formal and elegant as for a Westerner a costume or ball gowns. For this reason, the kimono is generally used on important occasions like weddings, during a tea ceremony, and when visiting the ancient capital of Japan, Kyoto.

Today, a kimono can be rented very easily in specialty stores in any large city in Japan and are accessible to the general public. Unlike other countries where traditional clothing is seen historically but is not used in real life, in Japan the kimono is a garment that does not go out of style throughout the years and is part of the concept of what is the Japanese culture.

The kimono has a history of approximately 13 centuries, going through various changes until it became the kimono used in the current era. Therefore, for people visiting Japan, it is highly recommended to try the kimono and thus feel the Japanese culture in its most tangible form and, in passing, pay homage to the Japanese people and their history.

Kimono is one of the most appreciated garments in the world of fashion and is highly acclaimed for its elegance, beauty, and presence. Kimono was the common clothing of the Japanese until approximately the end of WW2. It is currently the de facto clothing that represents the Japanese spirit in its various variations.

While most foreigners know about kimono, another traditional Japanese garment called hakam...
">

Staying at a Ryokan

A trip to Japan is not complete without a stay in a traditional Japanese inn, also called ...
">

Geisha: The Entertainers of Japan

Geisha are not prostitutes. This is a misconception based on inaccurate depictions in film...
">

It was in the 14th century that Ikebana arose in Japan when people started arranging the f...