Kyary Pamyu Pamyu is the stage name of a Tokyo-born Japanese singer whose birth name is Takemura Kiriko. She is a J-pop singer, fashion model, Harajuku girl, and blogger. Her career began at age sixteen in 2009, but prior to that, she was the subject of a strict upbringing and some discouragement from her parents regarding her kawaii Harajuku fashion choices and image. 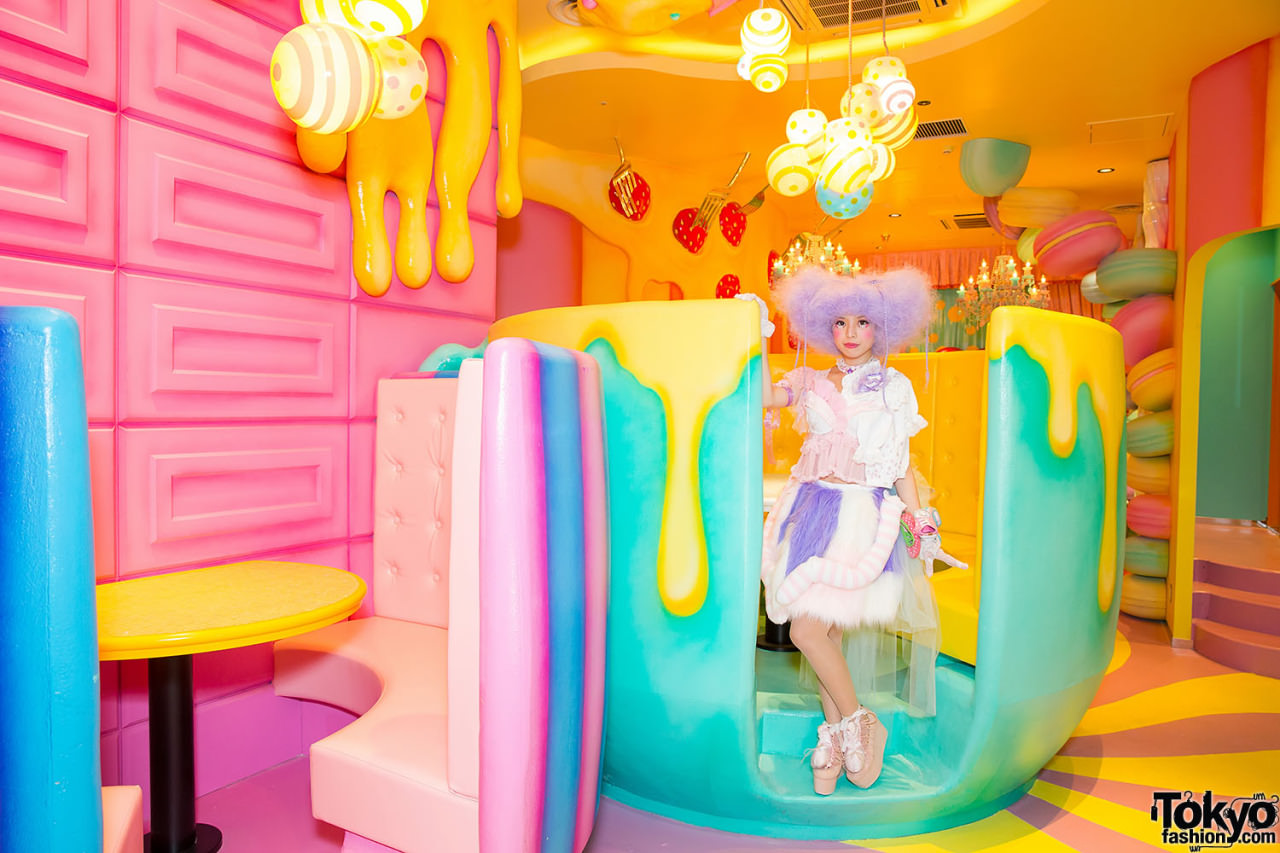 With that said, her parents had placed her in a dance class. She began as a lifestyle and fashion blogger and became well-known because of her utterly uninhibited way of expression that is unimaginable for her sweet doll-like looks. She then became a model for off-beat fashion magazines like Kera! and Zipper, and branched out with her own cosmetics line, singing and hosting programs.

She got a boost when she met Yasutaka Nakata of the band Capsule who is known as a DJ and producer for famous J-pop band Perfume. He encouraged ‘Carrie’ to work on her music. She released her first single, PonPonPon, in 2011, which came off her debut mini-album Moshi Moshi Harajuku. The video for the song rose to popularity quickly and garnered Kyary fans in places like Canada, Belgium, and others.

Her music videos have been appropriated into the mainstream, and she has become a style guru for millions. Along the way, she’s done fashion shoots for hip US magazines and signed a distribution deal for her music to be released in the West. These are not the trappings one normally associates with an Asian music star; you wouldn’t catch megalithic girl group AKB 48 playing to a full house on the other side of the world.

Off the back of her phenomenal success, Kyary-chan has become a cultural ambassador for Japan and is one of the most instantly recognizable faces in Asian music. According to the Warner Music Group, she sits alongside Coldplay and Ed Sheeran as one of their major sellers. In her native land, she is as ubiquitous a presence as Hello Kitty, adorning all manner of posters and billboards while popping up in adverts for everything from make-up to soft drinks.

Kyary Pamyu Pamyu is one of the biggest stars of Harajuku fashion today. Over the last couple of years, Japan saw with surprise how Kyary evolved from being a cute high school girl with a kawaii sense of style who we would often see wandering the streets of Harajuku into a star with a best-selling album, countless TV appearances, and huge billboards all over Tokyo.

Cementing her ‘queen of Harajuku’ status, the mayor of Shibuya has granted her the title of ‘Kawaii Ambassador of Harajuku’.If you want to learn about the current young Japanese music scene, knowing Kyary Pamyu Pamyu is a good place to start.

Harajuku doesn't just offer fashion, but it's also the place to go to satisfy your sweet c...
">