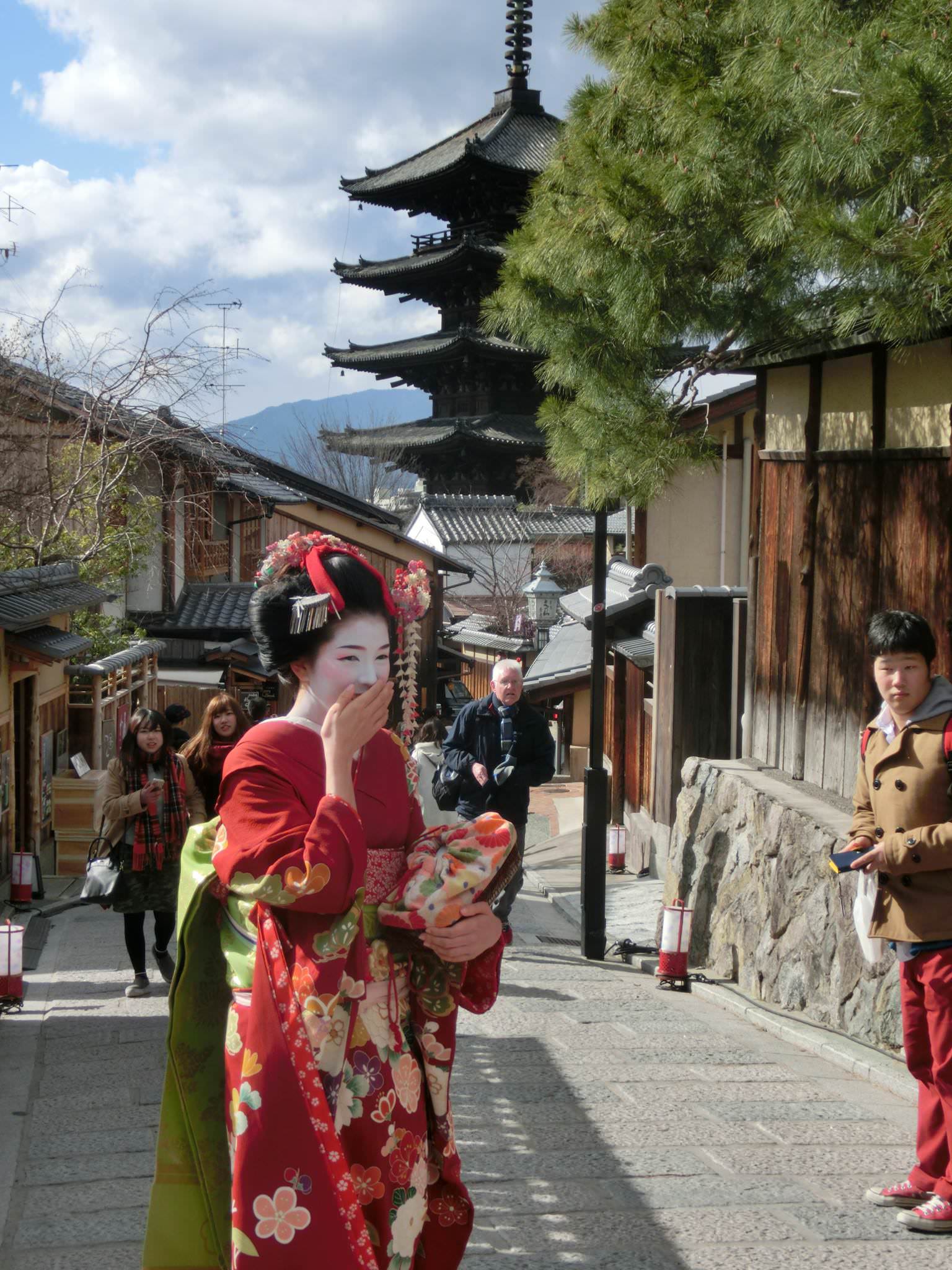 Kyoto’s history is a long one, it all started in the 8th century. The city was built as the capital of Japan in that time and was home to the Imperial Court until 1868 when it moved to Tokyo. No longer the capital of the country today, it is still the capital of the prefecture and superior to Tokyo when it comes to historical sites, relics, and monuments. Because it has managed to retain a charming traditional atmosphere in many neighborhoods it draws millions of domestic as well as international tourists each year.

Archeologists have found sites that date back all the way to the Jomon and Yayoi period of more than 10.000 years ago, but it wasn’t until the 6th century that the area has been colonized more permanently. This was the Hata clan who was originally from Korea. These people were silk farmers and became wealthy because of the trade in silk products. They built their family temple in the Western part of what would become Kyoto, as other powerful clans started moving into the northern part of the area.

Kyoto became the capital city of Japan in 794 after Nara and has been built to resemble the capital of China during the Tang dynasty (today’s Xi’an). The city was rectangular in shape and was 4.5 by 5.2 kilometers big. The city slowly started to expand towards the east, and powerful clans built their residences in central locations of the new capital city.

The Heian period was a relatively peaceful era compared to what came after when the balance of power shifted from Kyoto to the east of Japan.

While it was the Emperor and the families surrounding the Imperial Family who had the political power in the Heian period, in 1185 the Minamoto clan grabbed this power and brought it to new capital city Kamakura located 40 kilometers south of nowadays Tokyo. This new political structure is called a shogunate and had the shogun as a military leader ruling the country. When the shogunate in Kamakura fell in 1333, the power once again shifted back to Kyoto where they established another shogunate. This was the time when many temples that we still can see today were constructed such as the Golden Pavillion and the Nanzenji. Before this time, the construction of temples had been forbidden because they didn’t want too much political influence from religious institutions. However, during the Kamakura period, Buddhism became a lot more powerful and popular and this made it possible to commission the building of many new temples. Unfortunately, a large part of the city was destroyed during a war in the mid-15th century.

In the late 16th century the civil war was finally ended by Toyotomi Hideyoshi, who then commissioned the building of the beautifully decorated Jurakutei Palace and Fushimi castle of which some parts still survive today.

In the Edo period which lasted from the early 17th century to the mid 19th century, political power moved from Kyoto to Edo, which is today’s Tokyo. The Tokugawa family’s shogunate was in power and the same agents who had been the representatives for the shogun in Kyoto since the Kamakura period were still appointed. In 1603 a shogunal residence was built in Kyoto, this is the Nijo Castle that can still be seen today. The Edo period was relatively peaceful, and thus arts and culture could flourish. Kyoto was a center of traditional arts and crafts such as ceramics, lacquerware, doll making, and fan making. The shogunate even borrowed money from some of the richer merchants in Kyoto.

When the capital moved from Kyoto to Tokyo in 1868 this of course had a big influence on the city. They felt they needed to compensate and did their best to rapidly modernize the city. They dug the Biwa Lake Canal, Japan’s first hydroelectric power plant, and some of the country’s first trams. Because Kyoto doesn’t have a harbor and space like Osaka and Tokyo, modern industries weren’t so fast to settle there, but traditional industries continued to thrive more than elsewhere. The area near Fushimi Inari, for example, is still famous for its excellent sake. Kyoto is also a center of higher education and boasts a number of internationally renowned universities. There are also numerous important museums in Kyoto.

Kyoto has been spared the worst of the war because if its historical value to the world. Henry Stimson who had a big vote in which cities in Japan were to be bombed during WW2 refused to bomb Kyoto for this reason, and also for the more personal reason that he visited Kyoto (once for his honeymoon) and didn’t want to ruin his beautiful memories of the city like that. This is why Kyoto is the only larger city in Japan that still retains its old atmosphere in certain areas, and where you can find original old buildings like machiya.