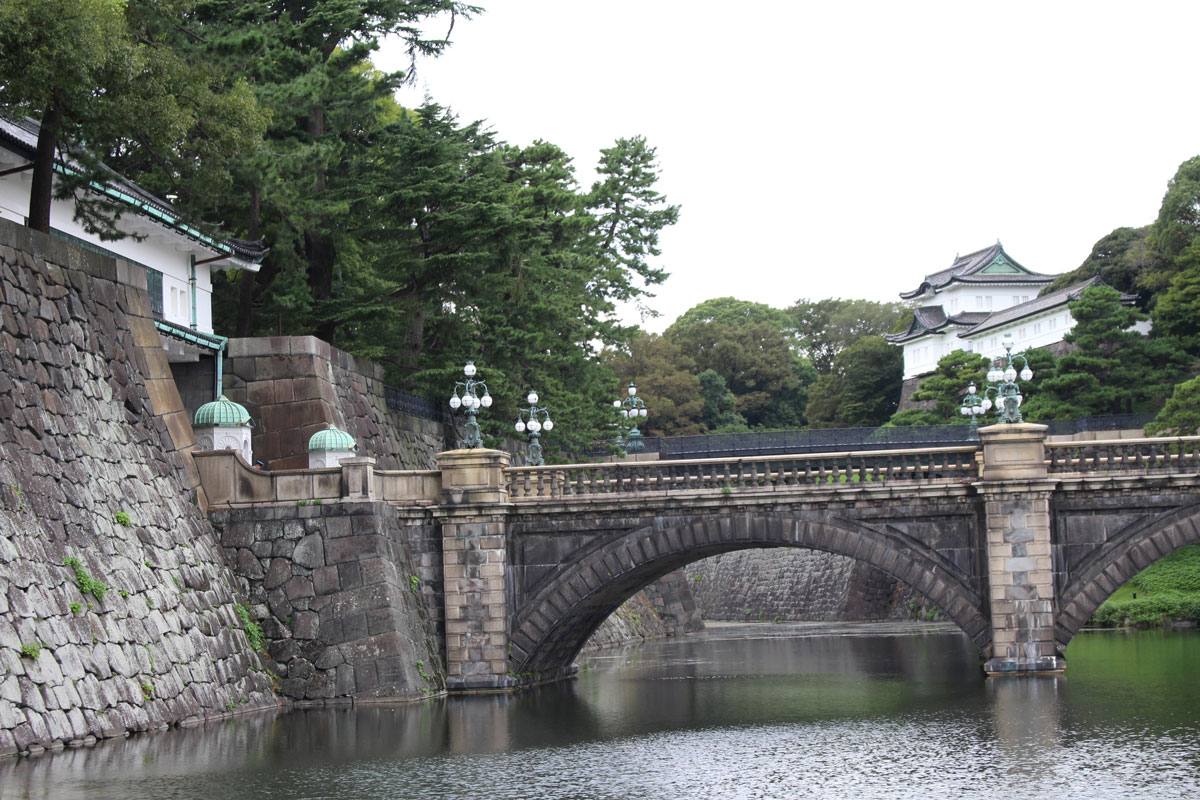 During the Edo period from 1603-1868, society was divided strictly into social classes, not unlike the medieval feudal system in Europe. The country was ruled by a shogun, who was the highest up in the military of that time. The first shogun of the Edo period, Tokugawa Ieyasu, was appointed shogun in 1603 by the Emperor.

One of the most important acts of the Tokugawa regime in its quest to achieve total control of the county was to implement the ‘sankin kotai’ system. This system demanded that all daimyo (feudal lords) in Japan spend at least one year out of two in Edo. Their wives and children were to remain in Edo while the daimyo was back in his territory. This dislocating ransom policy made it difficult for overly ambitious daimyo to usurp the Tokugawa family.

Society was hierarchically arranged, comprising of the nobility, that had nominal power (the daimyo and their samurai warriors), the farmers, the artists, and the merchants. The way you dressed, what kind of living quarters you had and even your manner of speech were all strictly codified, and interclass movement was prohibited.

When Ieyasu died in 1616, his ashes were interred in Chubu first, before being moved to Nikko where they still are today. Generations of Tokugawa family members made improvements to this shrine called Toshogu, transforming it into one of the grandest in all Japan.

In 1638, concerned that Christian missionaries were gaining too much power in the south, Ieyasu’s grandson Tokugawa Iemitsu massacred a number of Christians in Kyushu and closed the country to almost all foreign trade from that point on. This radical isolation policy, also known as ‘sakoku’, has removed Japan from the world stage for nearly three centuries. This sudden change led to the rapid growth of the small town of Edo. By the 17th century, the population had grown to more than one million, making it one of the largest cities in the world at that time.

Samurai were the knights, police, and military of Japan before the modern times arrived at the islands in 1868. They were either working for a lord or literal freelancers or mercenaries. By far most samurai were born into the profession, but there are known instances of people who made it into the profession by pure will and skill. This is also the reason that there were a few foreign samurai. There were a few female samurai too, although they were a very small minority.

The prime duty of a samurai was to give faithful service to his lord or daimyo. In fact, the origin of the term ‘samurai’  is linked to the word that means ‘to serve’, and this overlap can be seen in the Chinese character that is used to write the word. Over the centuries, the samurai class has established a code of conduct that came to be known as ‘Bushido’ meaning ‘the way of the warrior’. This code was inspired by Confucianism, Shintoism, and Buddhism. Confucianism required a samurai to show loyalty to his lord. Toward the subjects, the samurai was expected to show benevolence and exercise justice. A real samurai had endless endurance and total self-control, and he spoke only truth and displayed no emotion.

Since his honor was his life, disgrace and shame were too avoided above all else, and all insults were to be avenged. Ritual suicide, harakiri or seppuku, was a practice to which Japanese Buddhism conveniently turned a blind eye and it was an accepted means of avoiding dishonor. Ritual suicide required the samurai to ritually disembowel himself, watched by an aide, who then drew his own sword and lopped off the samurai’s head to end the suffering swiftly. One reason for this ritual was the requirement that a samurai should never surrender but always go down fighting. Since surrender was considered a disgrace, prisoners received scant mercy.

During WW2, this attitude was reflected in the Japanese treatment of prisoners of war. Nowadays, the number of suicides is still high in Japan compared to most of the West, and one of the more common reasons is avoiding dishonor. Complete loyalty to your company is also still expected in Japan’s most traditional large and smaller companies.

Meanwhile, the social codes imposed by the Tokugawa shoguns divided Edo into a high city, Yamanote, region, and a low city, Shitamachi, region. The Yamanote area was home to daimyo lords and their samurai, while the lower orders of Edo society like farmers and merchants were forced into the lower-lying Shitamachi area. Shitamachi residents often lived in squalid conditions in flimsy wooden structures with earthen floors, and large fires often swept across their shantytowns. These fires were known to locals as Edo-no-Hana or flowers of Edo.

Another curiosity of Edo that had left its mark on today’s Tokyo was the division of the city into towns according to their inhabitants’ professions. Even today it is possible to see small pockets in the city where shops are all specialized in one particular type of good or service. Good examples are Jinbocho the book shop area, Kappabashi the kitchen supply area, Asakusabashi with the toy shops, and Akihabara which in the 70s transformed into the mecca of the electric shops.

The Fukugawa Edo Museum is a small history museum where you can be transported back in tim...
">

In the heart of the Japanese sumo wrestling city of Ryogoku is the acclaimed Edo-Tokyo Mus...
">

The Tokyo National Museum was established in 1872 and is the oldest and largest museum in ...