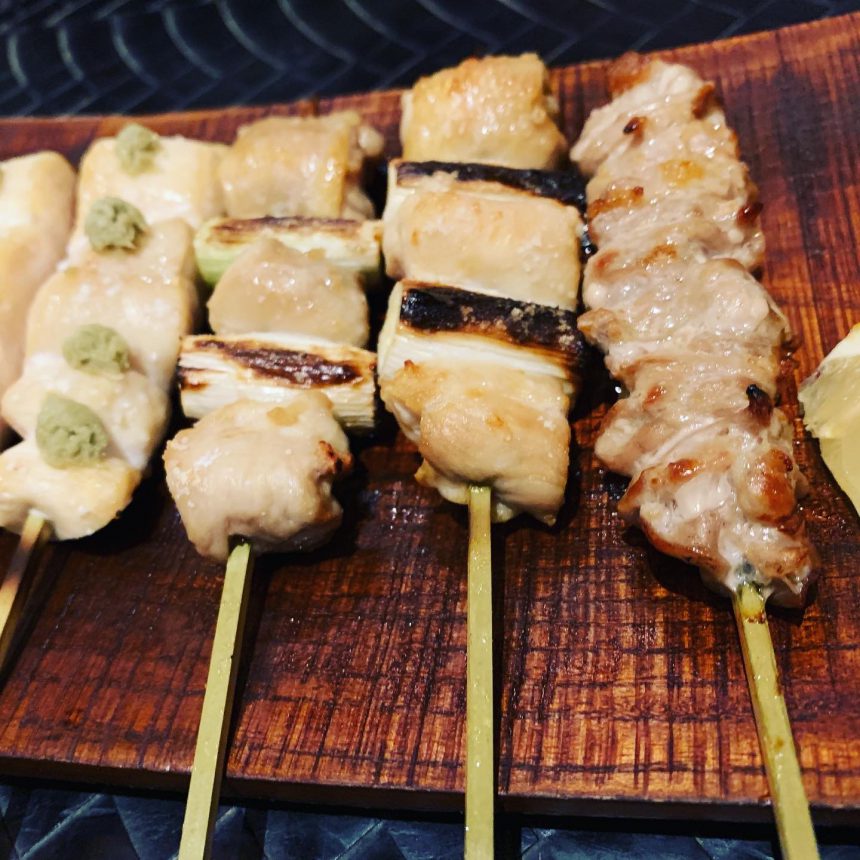 Just like most Japanese dishes based on meat, yakitori also doesn’t have a history that goes back for many centuries because of Japan’s Buddhist tradition that made eating meat a no-no until the Meiji period in the late 19th century when Japan opened its borders for foreigners. It was the Americans who introduced chickens grown at an industrial scale in the 1950s, and it was only from then that yakitori became a popular dish.

Yakitori is also becoming famous in the rest of the world now, which makes a lot of sense, because who doesn’t like a skewer with juicy chicking that is dipped in BBQ sauce and then grilled over charcoals. It also goes amazingly well with a cold beer, so in Japan is especially popular amongst folks who are done with the day’s work and want to blow off some steam in an izakaya or bar.

Yakitori is usually enjoyed in a small stand or bar in busy nightlife districts, and you will often see stands with only a few stools and a counter. Places where you can eat yakitori often don’t put too much effort in the decor as eating good food in a lively atmosphere is what yakitori is about.

You can recognize yakitori stands by the red lanterns in front of them that have the Chinese/Japanese character for bird written on them (鳥). It is also possible to just go after your nose in a busy bar district, as you can always smell the fragrant smoke that comes from grilling chicken.

There are three factors that will make yakitori either good or subpar; the tare or sauce that is used to pour over the meat, the chicken meat, and the quality of the charcoal. Charcoal that is both hard and aromatic will give the best outcome, and this higher quality charcoal usually comes at a price. What doesn’t work well is gas or electric grills. When it comes to the meat, free-range chicken (jidori in Japanese) tends to be more flavorful.

Not only the thigh meat is used in yakitori, but almost the whole chicken is used. This means you can order wings, breast, dark meat, skin, livers, and other organs like hearts as well. The meat is usually interspersed with pieces of vegetables, and you can also order skewers with only non-chicken items like paprika, mushrooms and ginkgo nuts.

You will usually get two skewers per order, and you can customize your order. Often you can choose if you want the chicken to be dipped in tare or with salt, but sometimes the chef has a specialty. You can choose to add some shichimi pepper on your skewers as well.  After you’ve had enough chicken, Chazuke (a mixture of tea and rice) is a good way to close off your meal.

To Japanese people, Osaka is known as the capital of gastronomy. There are some dishes tha...
">

Whether you go to a tiny village's little center or to Tokyo's most famous areas, everywhe...
">

Sake is sometimes called 'rice wine' in the West, but this is actually an inaccurate term,...
">