The lively entertainment area of ​​Dotonbori is the most famous tourist destination in Osaka and famous for its striking neon lights, its extravagant signage, and the huge variety of restaurants and bars. It is located in Osaka’s southern Namba area. The name ‘Dotonbori’ refers to the Dotonbori canal and Dotonbori Street, which runs parallel to the south bank of the canal. It is one of the most colorful areas of Osaka and a must-see place when traveling through the Kansai region.

This area came to life in 1612, when merchant Yasui Doton invested all his own money in a local development project. He wanted to make the Umezu River into a new waterway that would connect the local canals with the large Kizugawa River. His project was however disturbed by a war at that time, which Mr. Doton also didn’t survive, but his cousins have finished what he started and the new channel was named after the family in their memory.

This new channel brought in a lot of new business, and the area grew as an entertainment district as well with many new people going in and out of the district all the time. Theater companies and playhouses started to move to the southern area of the channel, while restaurants and tea houses that catered to theater visitors started popping up on the north side. 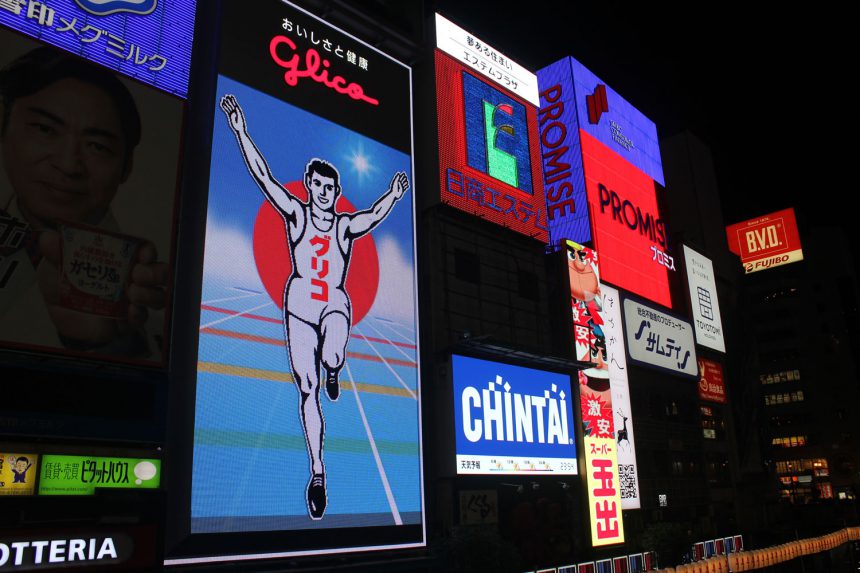 Dotonburi’s theater culture has since diminished, especially after the bombings of WW2 have destroyed almost everything in the district. You can still find some remnants of the blooming theater culture though, as there are still some small comedy clubs to be found and the surviving Shochikuza theater is still presenting kabuki, opera, and musical shows. Today Dotonburi is especially known as a gastronomic experience to be had when you visit Osaka. Tee area is full of street food stalls, restaurants and bars. Osaka’s obsession with food is often summed up with the expression ‘kuidaore’, which is generally interpreted as ‘eat until you fall’, but in reality, it means spending so much on food that you fall into financial ruin. 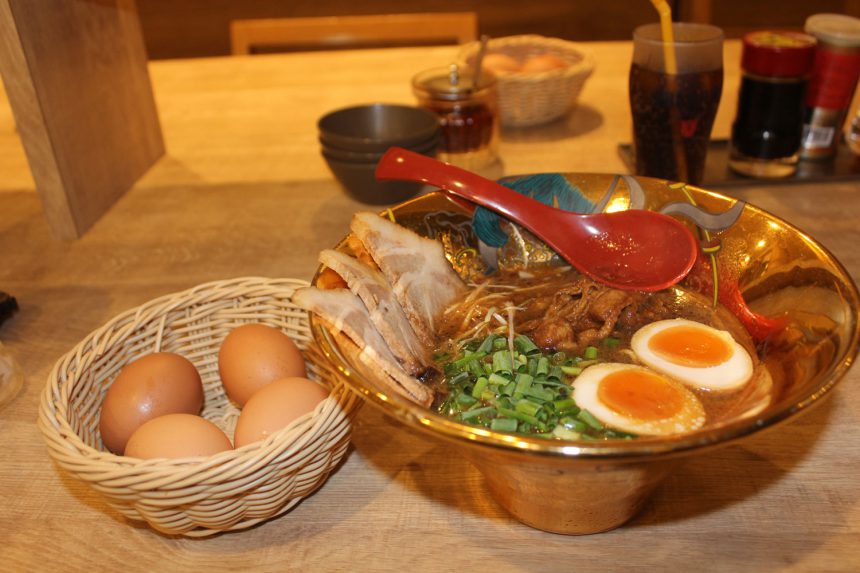 Dotonbori is said to be the best place in Osaka to experience this extreme love for Kuidaore style food. The most famous restaurants in Dotonbori include the following:

Hariju has been serving shabu shabu and sukiyaki made with Japanese beef in Dotombori since 1948. Zubora is a restaurant specializing in the poisonous fugu or pufferfish. Kukuru is a takoyaki octopus meatball shop. Kushikatsu Daruma has been serving fried kebabs with skewers of meat, fish, and vegetables since 1929. Kani Douraku is a super popular crab restaurant. Kani Douraku is easily recognized by the giant crab in motion in his shop, but if you want to eat there it is a good idea to reserve a table in advance since the waiting time can be up to 3 hours. Dotonbori is famous for its striking posters and billboards with a giant pufferfish, an octopus, and a clown, and the Kani Douraku crab that competes for your attention and create an amusement park environment. However, of all these signs, the most famous is that of the Glico running man on the Ebisubashi Bridge.

An advertisement for Glico candy, the 20-meter high and 10-meter wide sign shows a man running on a blue track with his arms raised in victory. This is actually the sixth version of the sign that was last renewed with LED lighting in 2014. However, the first Glico sign was installed here in 1935 and over the years it has become a much-loved landmark in the Minami area from Osaka. In fact, the Glico corridor and, the Ebisubashi Bridge below it are the focal point of Dotonbori. It is a popular meeting place, an essential photo stop for tourists and the stage for wild celebrations when local sports teams are victorious.

Dotonbori is a must-see area during your stay in Osaka. It is fun, extravagant, and full of delicious dishes to enjoy.

The History of Port City Osaka

If Osaka is on your itinerary, Shinsekai is a very interesting neighborhood to explore. Th...
">