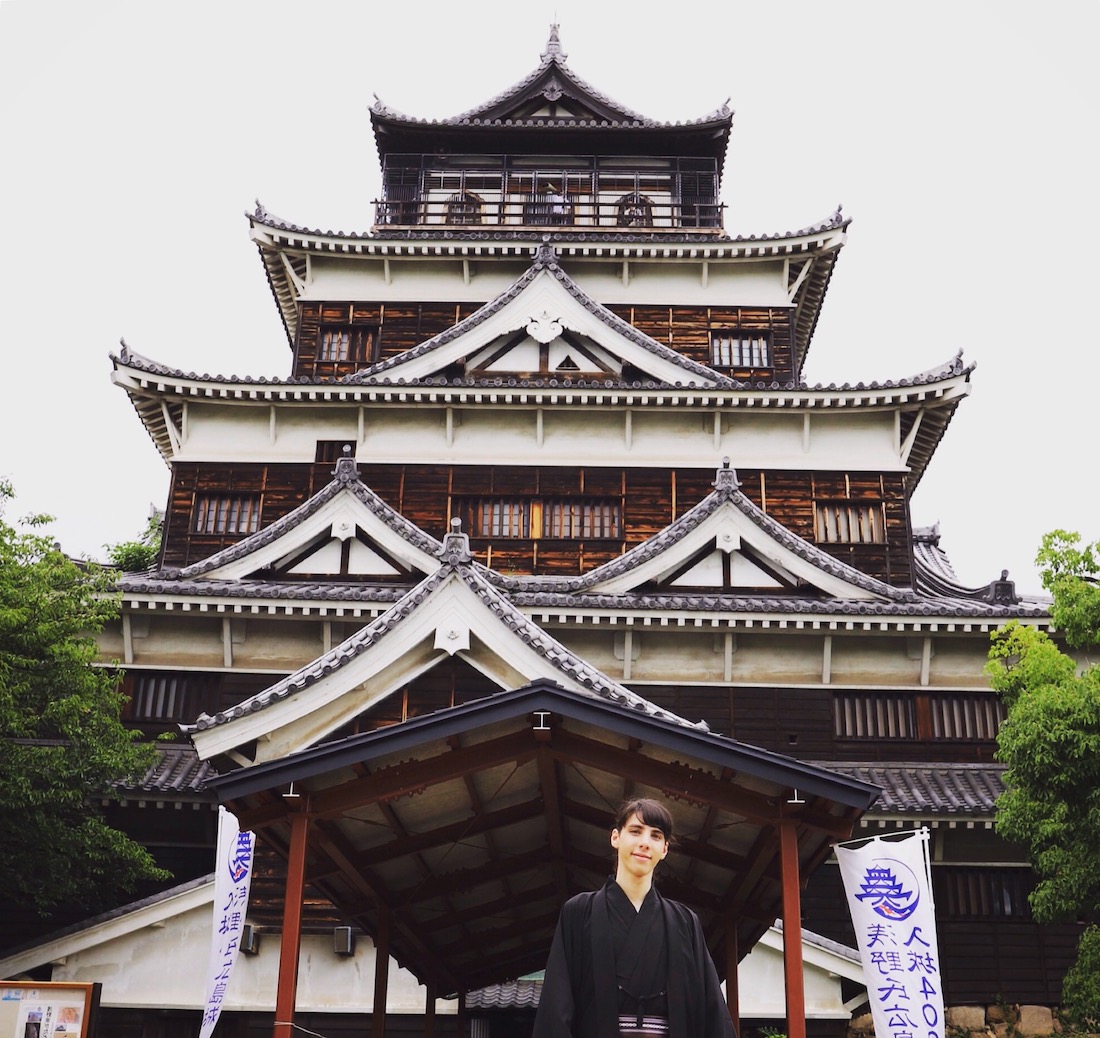 Hiroshima castle, or Hiroshima-jo in Japanese, was created as a residence for daimyo (feudal lord) Mōri Terumoto in 1590. At that time Hiroshima did not exist as a city yet, the area was called Gokamura meaning ‘Five Villages’.  Hiroshima literally means ‘Wide Island’. The location of Hiroshima-jo was chosen as a place with convenient access to both water and land transportation. At that time, large-scale construction work began on the castle structures, including its stone walls, fences, towers. Thus also progress was made in the surrounding territory.

Although Mori would be degraded by the Tokugawa shogunate after the battle of Sekigahara, Hiroshima Castle continued to be maintained throughout the Edo period by successive feudal lords, whose clans would control the castle, and with it, the domain for twelve generations. From the 17th century until the Meiji Restoration (1869), Hiroshima Castle experienced a period of peace after the chaos and wars of previous decades.

Even during the dismantling of many castles during the Meiji Restoration, when wooden and iron accessories were sold from these feudal fortresses to raise funds, the Japanese government decided to save the ‘Carp Castle’ and made it a military base for the Imperial Army.

On August 6, 1945, the United States Army dropped the first atomic bomb on the city of Hiroshima, completely destroying the beautiful original castle and annihilating more than 5,000 people working at the military base. With the aim of raising awareness about Hiroshima and its history, this national historic site was erected from the ruins in 1958, with four floors of exhibits. The castle was built in the image and likeness of the original, only now it is a museum.

Each floor has different exhibits that portray Hiroshima through images, objects, documents, and so on. On the first floor, there is a sample about ancient Hiroshima, the history of the castle, its government, life inside the castle, its defense and you can even see different castles in the world. On the second floor, the exhibits express the daily life and culture of the city, including the Samurai lifestyle versus the villager lifestyle. On the third floor, there are different weapons and armor displays. The life and progress of the castle are displayed on the fourth floor. The fifth floor is an observatory that allows you to admire the city and the area from above.

Currently, the museum holds special exhibitions about seven times a year, as well as other activities aimed at raising awareness about the history of Hiroshima. The reconstruction of the wooden exterior citadel was completed in 1994 and, at the same time, the stone walls and internal fences of the castle, which had remained intact since before the Edo Period, were designated as historical sites. The Hiroshima-jo or Hiroshima Castle is a symbol of the city and very much recommended to people interested in beautiful buildings and history.