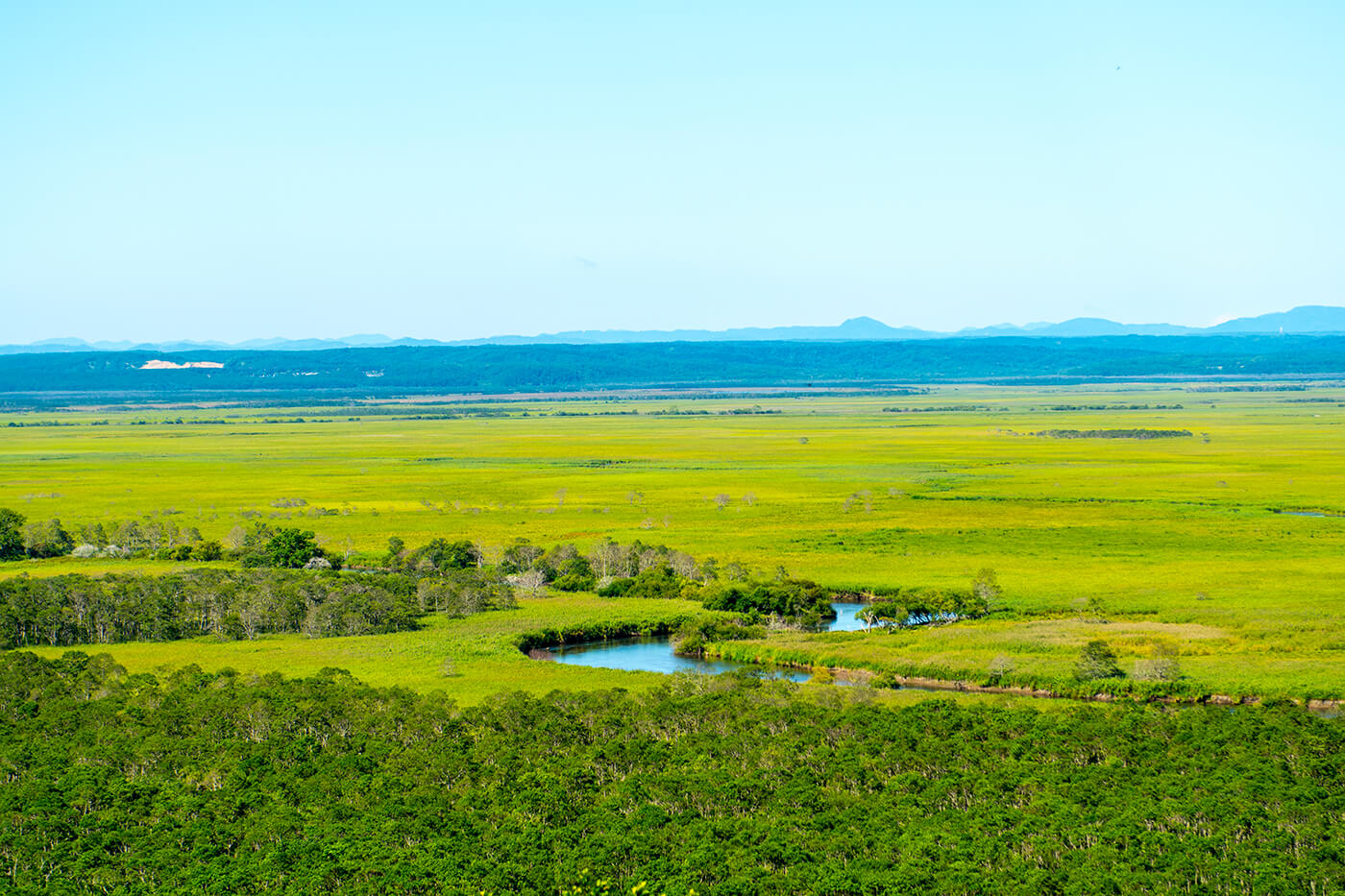 Kushiro is the largest city on the sparsely-populated eastern side of Hokkaido. Because its sea is saltier than in other port cities in the area, Kushiro’s port is ice-free, which gave it a huge advantage over other ports and made the city prosper. Its climate is mildly warm during a short summer, and cold in the long winter. Because of its weather pattern, the city is often misty which gave it its nickname of ‘the town of mist’.

Kushiro cuisine centers on great seafood like in many harbor cities in Japan. Lively complex Fishermen’s Wharf MOO is a great place to satisfy your craving for fresh seafood and other culinary treats as it houses several fish markets and many restaurants.

The mud volcano (Bokke) is also worth a visit, as there are not many places in the world where you can see mud bubbling from the ground.

Akan Lake is 50 kilometers away from Kushiro and a must-see because of its marimo, a rare type of algae that forms large green balls. 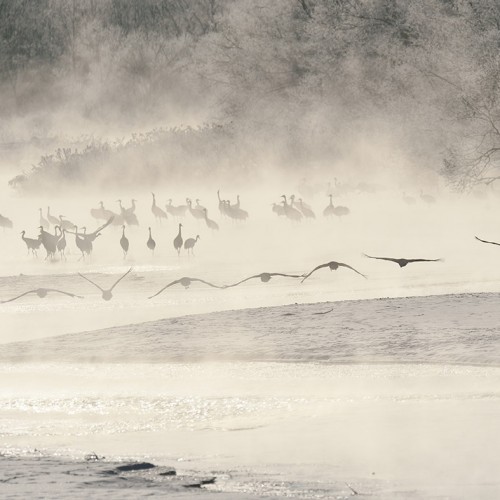 Tsurui is a small village near Kushiro city, which is especially famous for being the breeding ground for Tancho Cranes. The Kushiro Shitsugen National Park is located here, which is a must-see if you come to Hokkaido in winter.

The Kushiro Shitsugen National Park has marshlands that are populated by Japanese Tancho Cranes that makes it one of the most famous places to visit in this area. If you want to see the cranes in their natural habitat, winter is the best time to come here. If you are here in summer, you had best visit Kushiro Tancho Nature Park where they successfully bred cranes, and where you can see about 20 resident cranes year-round.

Spring starts in Tsurui in May, which is when the cherry blossoms start blooming. Nature comes back to life in this season after a long winter. During this time, the view from the Shitsugen Tsurui Viewpoint looks a bit like a savanna with the marsh covered with fog during the sunrise. The marsh quickly becomes freshly green again. During the summer this green becomes a bit deeper, which makes for a great contrast with the blue rivers. In September the marsh colors red and yellow with fall foliage and winter follows soon.

It is between November and March that around 200 cranes migrate to Tsurumidai, which is one of the sites where they feed. It is the time when birding enthusiasts flock to the area to take incredible pictures of these beautiful birds. 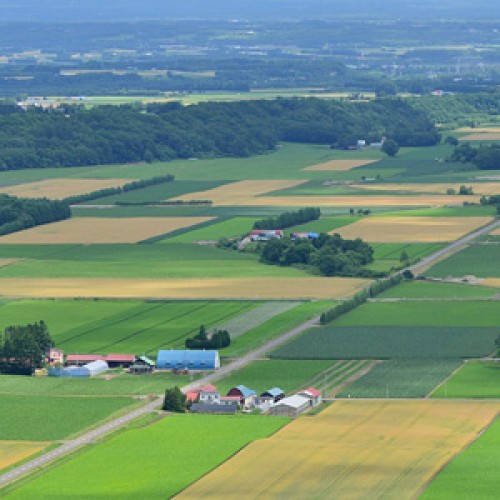 The Tokachi area covers around 10 percent of Hokkaido but its population is small because of the climate and landscape that make it difficult to build cities here. The area is surrounded by mountains with a lot of snow, and a river flows through the center.

The area’s main city is Obihiro, whose economy mainly thrives on agriculture. The main crops are potatoes, grains, beets, and dairy. The city is also known for its unique form of horse racing called Ban’ei and its Olympic-sized indoor skating rink.

South-west of Obihiro you can find the Shichiku Garden, a passion-project from an elderly local woman who wanted to make Hokkaido the island of flowers. Her garden became a popular, colorful place with 2500 different kinds of flowers. There are always multiple types of flowers blooming, no matter what season you are going.

The Japanese tend to have a sweet tooth, which means that you can find some of the most delicious sweets in the world here. Ryugetsu Sweetpia Garden in Obihiro produces some of the best crepes, Baumkuchen, and other sweet delicacies in Japan, and your visit here becomes extra interesting because you can take a small tour in the factory to see where and how the magic happens.

The area also boasts the Tokachi-onsen resort with a good quality of hot spring water that especially beneficial to your skin. The onsen is right in between the Taisetsu Mountain Range and the Akan area which makes it an ideal spot to overnight if you want to visit these areas.

Tokachi is also an area that is famous for its many gourmet delights; because of its long summer days and ground that is rich in volcanic nutrients crops do well here, Tokachi beef is considered one of Japan’s premium brands of wagyu, and dairy becomes fatty and thus great for making cheese. That cheese goes exceptionally well with wine, and even that is produced locally.

One of the most famous wineries is Ikeda Wine Castle located east of Obihiro. There are free wine tastings, there is a garden where you can see the Ikeda-original grapes grow, and you can visit the wine aging room. Of course, there is a restaurant on the premises and as a bonus, the sunset you can see from Ikeda Wine Castle is one of the best in the country. The opening hours are from 9 am to 5 pm, and they are open year-round except for the New Year holidays.

The area around Noboribetsu is best known for its mineral-rich hot spring area, but there ...
">