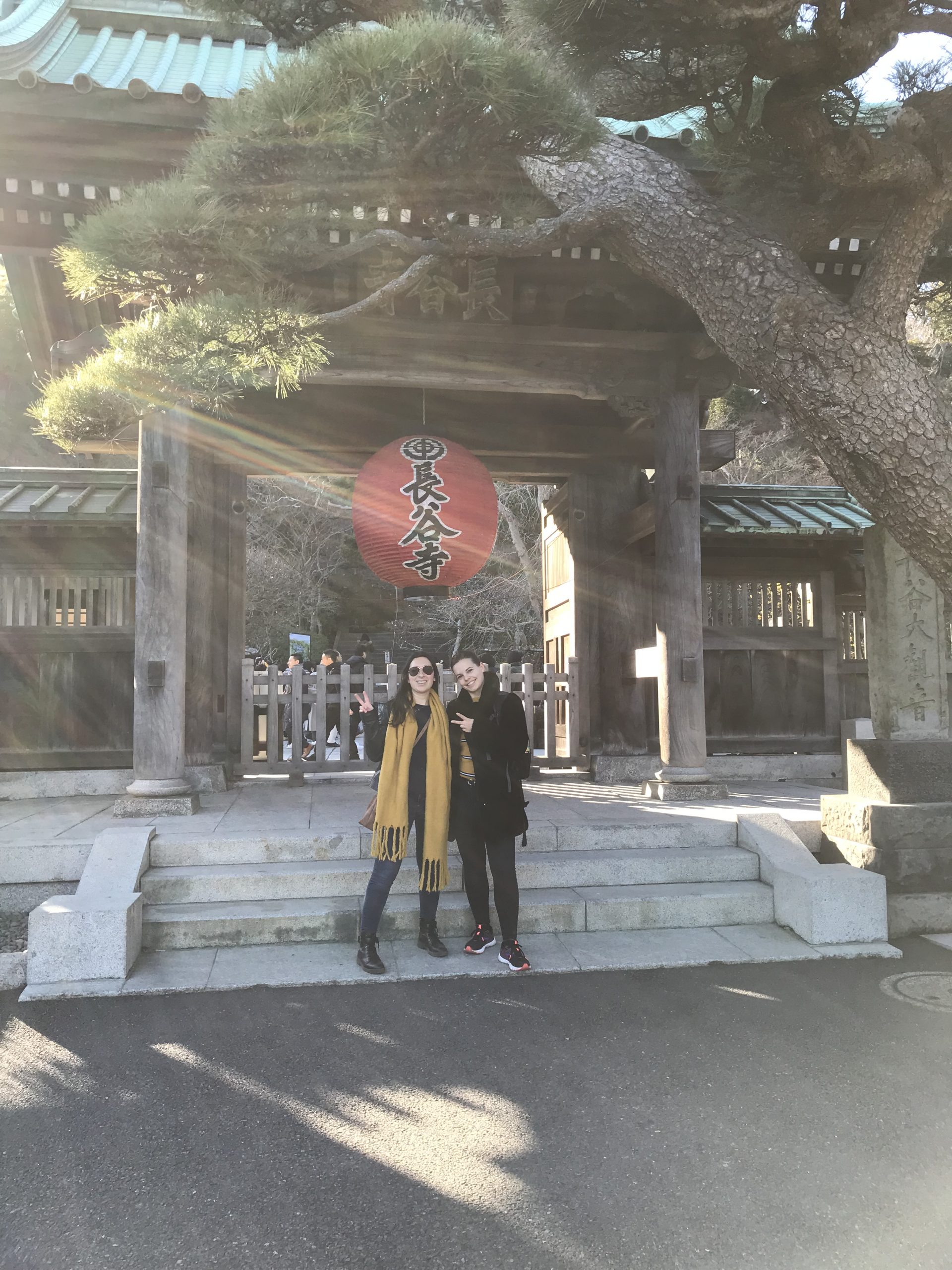 Once upon a time, there was a poor young man. He went to a temple and prayed to Kannon, the Goddess of mercy. Please make me rich “. Then Kannon appeared and told him “ The thing that you catch after you leave here will make you rich.” The young man was happy to hear that but stumbled over a stone on leaving the temple and grabbed a straw.

As Kannon told him, he started to walk with the straw in his hand. Then a horsefly flew to him. He caught and tied it to the straw. Then, a child came up to him with his mother and said “I want the horsefly “, the young man gave it to him and the mother gave him three oranges. Then he met a sick woman. He gave his oranges to her, she gave him a bolt of kimono textiles. In this way, he bartered the things in his hand with something one after another, and eventually, he became a millionaire and lived happily ever after……

Various kinds of flowers blooming through the year on its grounds, the temple has been nicknamed ‘Flower temple’ since ancient times. I especially love to visit the Hasedera to view the Ajisai, hydrangea in the early summer season.

The main statue there is called Juichimen Kannon Bosatsu meaning Eleven faced Kannon Boddhisatva, and it is 10 meters in height. The Kannon sits in the main hall built halfway up the mountain. Although I’ve come here many times and taken a lot of pictures of the same scenery each time, it is impressive every time. The old wooden roof has hanging lanterns at a regular distance and that makes the corridors especially photogenic.

The whole precinct is said to represent The Pure Land of Happiness in Buddhism and the corridor is like a holy path to the paradise of Buddhism. Along the corridor, seasonal flowers such as peonies in spring, hydrangeas, and clematis in summer always please visitors.

If you are interested in hand-writing Buddhist sutra, there is a room in the Hasedera where you can do this. Click here for more information on how to do this. The garden in front of the room is a real zen garden, and very beautiful in its raked perfection. There is also a mysterious looking cave on the grounds of the Hasedera, in which you can pray to goddess Benzaiten for the various things that stream such as luck, wisdom, and money.

Returning to the old tale, I tried to think about what the story suggests to us. I came to think the following way. The straw might represent something you will happen to encounter today…. whatever you get, if you treasure it and let it go when needed, it will transform another thing and such goodwill keeps rotating, then it will come back to you in a big way someday.