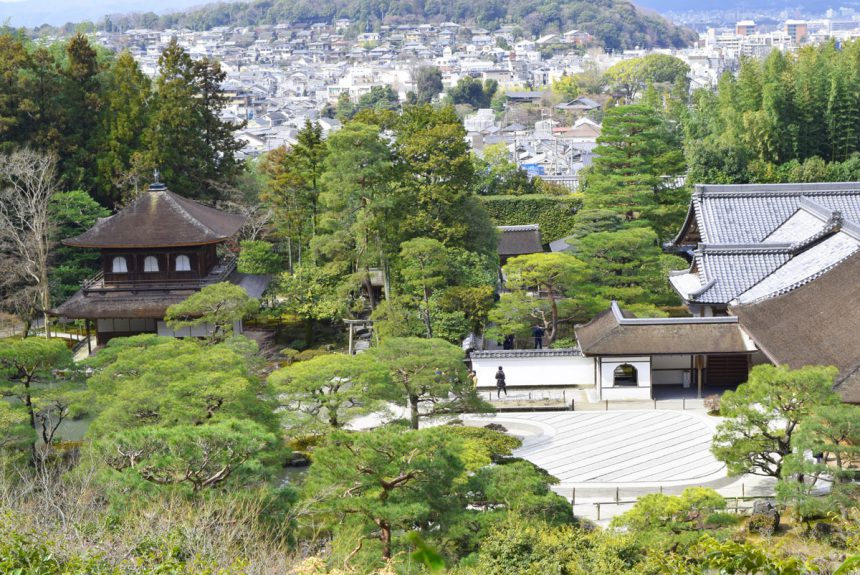 The official name of Ginkaku-ji is Jisho-ji, and it is affiliated with the Shokoku-ji. Ginkaku-ji (Silver Pavilion) was named in the Edo Period in contrast to Kinkaku-ji (Golden Pavilion).

Ashikaga Yoshimasa, the eighth shogun of the Muromachi period, originally built Ginkaku-ji as the Higashiyama-den Palace. After Yoshimasa’s death, the palace became a temple of the Rinzai Zen school, bearing the Buddhist posthumous name of Yoshimasa, Jisho-ji.

Yoshimasa became the head of the family at the age of 9 and the shogun at 15. His great interest was to pursue visual beauty. His Higashiyama-den Palace was built in the style of Higashiyama culture of refined simplicity. You can still see Yoshimasa’s quest for beauty in the Ginkaku-ji, even after 500 years.

In 1550, a battle took place near the Jisho-ji. Except for the Silver Pavilion and Togudo, all other buildings on the grounds were destroyed by fire. The temple then fell into ruins when the Muromachi shogunate was on its way down.

In 1615, at the beginning of the Edo period (1615-1868), Miyagi Tamba no Kami Toyomori restored the temple to its former glory, largely creating today’s Ginkaku-ji. Although it was originally built as a residence for the shogun, the buildings and gardens were redesigned in a suitable style for a Zen temple. Ginkaku-ji, like Kinkaku-ji, is related to the Shokoku-ji temple which was one of the 5 leading temples of Kyoto in the medieval period. Its official name is Tozan (Eastern Mountain) Jisho-ji. The gentle hills along Kyoto’s eastern edge are called Higashiyama, and since ancient times they have been considered to have a feminine sweetness. These mountains are a treasured part of Kyoto’s landscape. Ginkaku-ji is located in the foothills of Daimonjiyama.

The Philosopher’s Path is known as the favorite place to walk of philosopher Nishida Kitaro (1870-1945), and a wonderful route to enjoy cherry blossoms in spring and fireflies in summer. The path passes through its main gate. 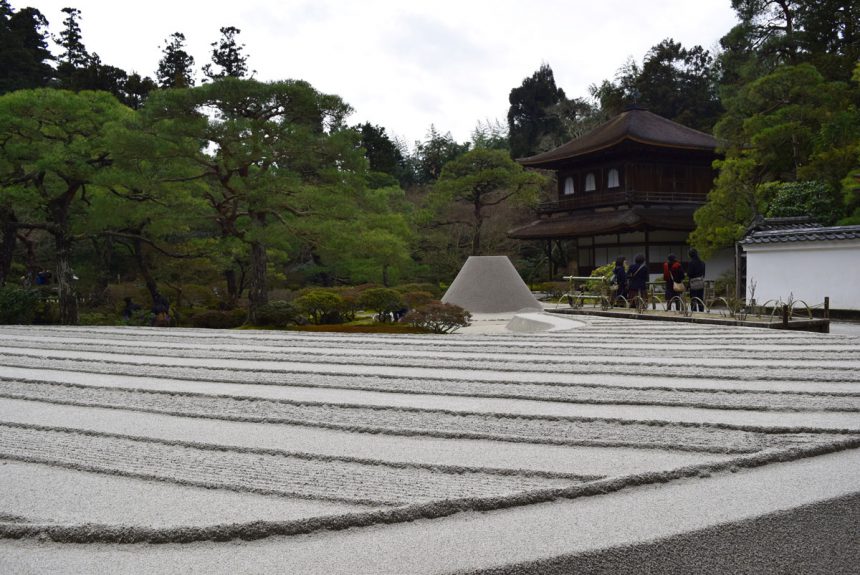 The symbol of Jisho-ji that gives the temple its popular name is the national treasure Kannon-den. She is located in the Silver Pavilion. As an expression of his spiritual beliefs, Yoshimasa named the first floor Shinku-den (Hall of the Empty Mind) and the second floor Cho’on-kaku (Wave Sound Pavilion).

In front of the temple, you can see the white sand that forms the Ginshadan and the cone structure of Kogetsudai. Legend says that the Ginshadan must have reflected the moonlight and that the Kogetsudai seemed to be sitting on Higashiyama holding the moon. The contrast between the sandpile at Kogetsudai and the rolling appearance of Ginshadan invites visitors into a world that is difficult to leave behind.

The Ginkaku-ji temple is part of the ancient Kyoto Historical Monument complex, designated a UNESCO World Heritage Site in 1994. It is a must-see in the beautiful city of Kyoto. 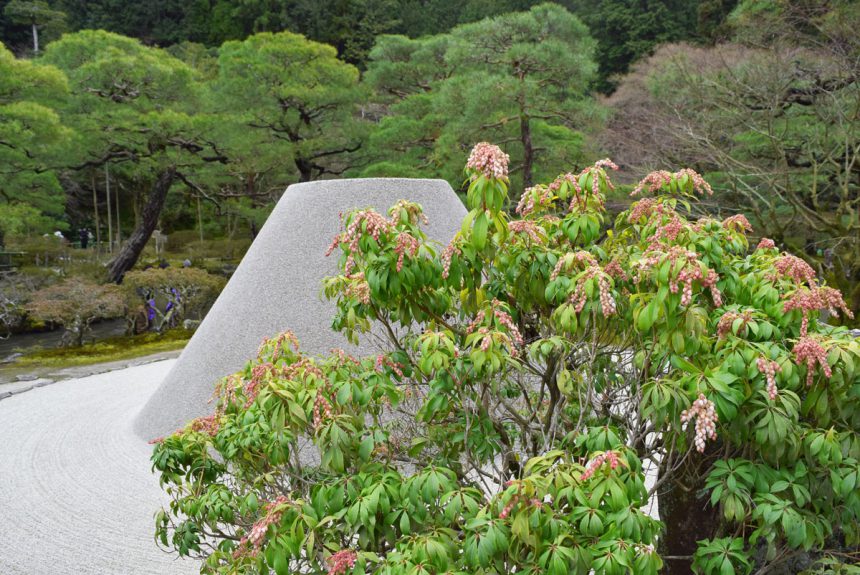 One of my favorite Zen temples is the Tofukuji temple located in the east of Kyoto city. W...
">

Kyoto's history is a long one, it all started in the 8th century. The city was built as th...