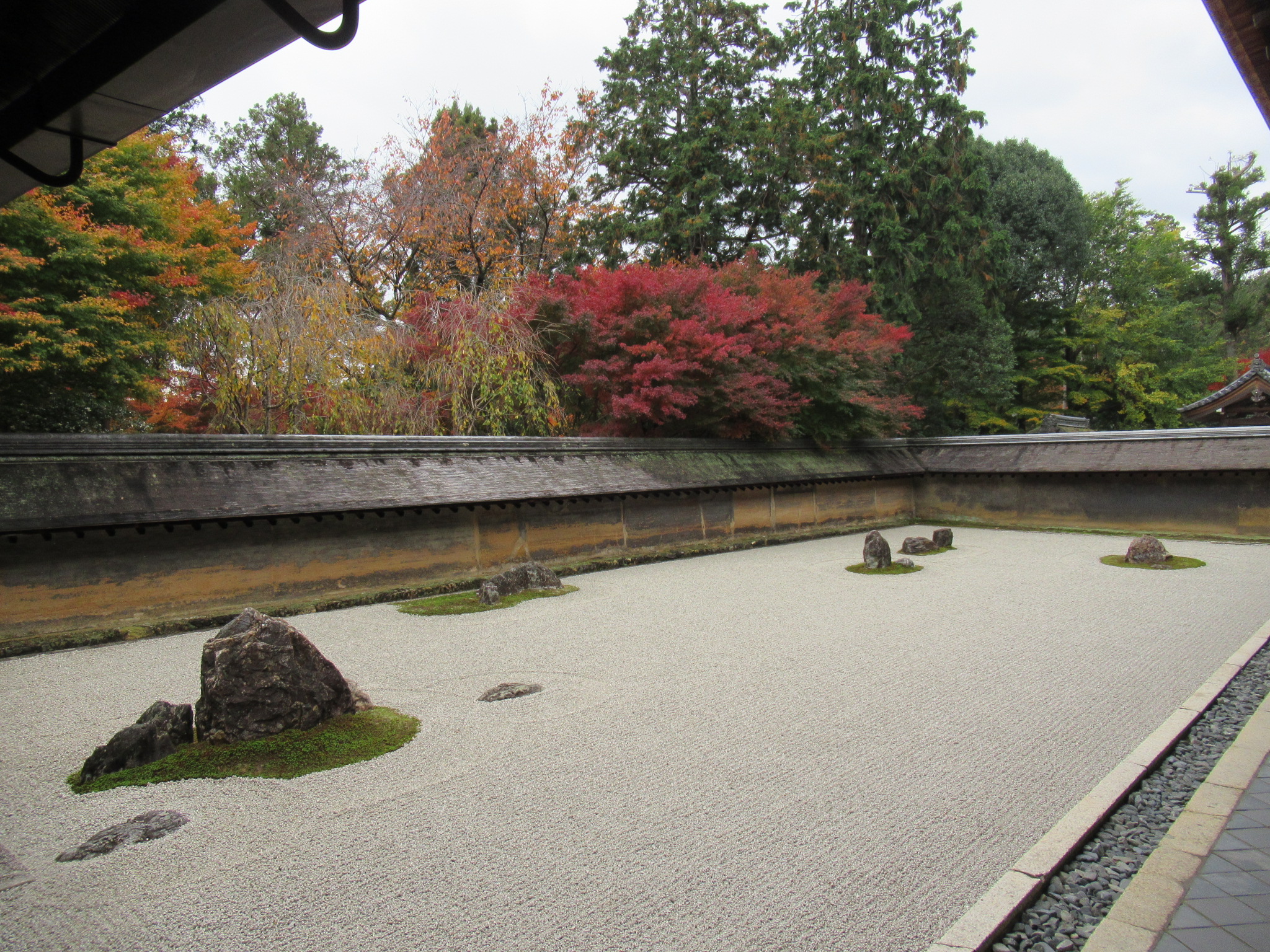 Ryoan-ji (The Temple of the Calm and Peaceful Dragon) is a Zen temple located nearby the Golden Pavillion in Kyoto which was built by Hosokawa Katsumoto, a minister of Ashikaga Shogunate in 1450. It is part of the ancient Kyoto Historical Monument complex, which was declared as UNESCO World Heritage Site in 1994. The temple was created by the Myoshinji school of the Rinzai sect, belonging to Zen Buddhism, and it is especially famous for its stone landscape garden.

Inside this temple, you can find one of the most famous karesansui (dry landscape garden) in the world, and it was built at the end of the 15th century. The creator of this garden did not leave any explanation about its meaning, so for centuries, it has been a mystery to discover the true meaning behind its great beauty.

It is a rectangular garden built in front of the main building. It is composed of raked sand, moss, and rocks. There is a predominance of elongated shapes placed parallel to the position of the building. The three remaining sides are closed by walls which allow the view of the garden to be limited in a longitudinal frame.

A Local Neighborhood in Kyoto

If you have already finished the beginners‘ course of travel in Kyoto and traveled around ...
">