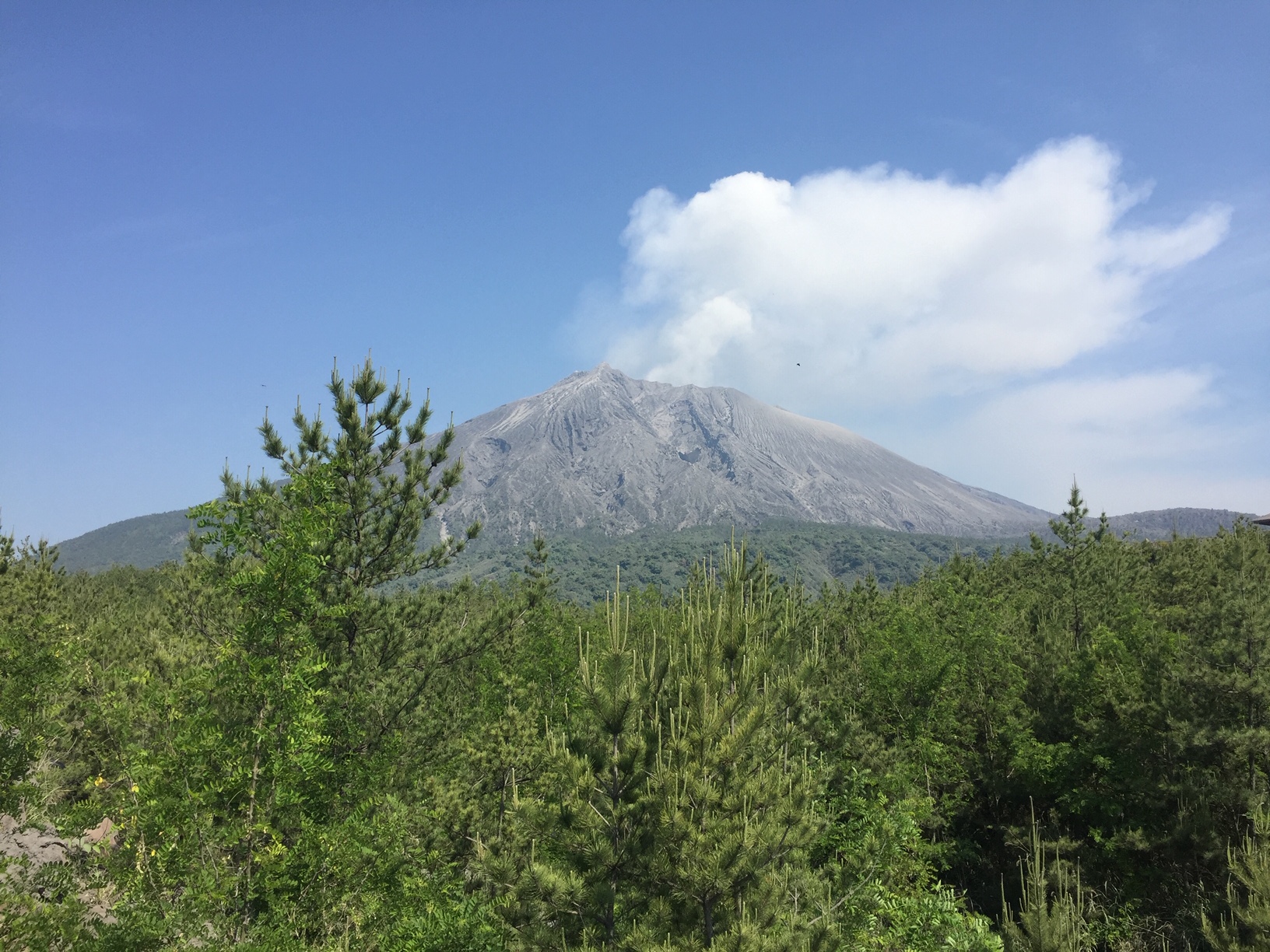 Sakurajima is an active volcano and former island (now attached to the main island) located in the south of Kyūshū, in Kagoshima Prefecture, Japan. The volcanic island was created about 26,000 years ago after a big eruption that happened about 29,000 years ago. This eruption made a big caldera. Since then, it has kept erupting until today.

It used to be an island located in the part of Kagoshima Bay known as Kinko’s Bay for more than 25,000 years. In Japanese, ‘shima’ or ‘jima’ means ‘island’. Sakurajima literally means ‘Cherry Island’.  But in 1914, due to a large eruption the huge amount of lava it released solidified and linked the island to the peninsula of Ōsumi. Before the eruption, the population of the island was over 20,000, but after the eruption, more than half of the population left the island. Ever since the population has gradually decreased and now only about 5,000 people still live there.

Sakurajima has several peaks, Kitadake, Nakadake, and Minamidake are all over 1000 meters. There are also many lower peaks. The highest point is Kitadake (the North point) which is 1117 meters above sea level. There is a crater that measures about 500 meters in diameter. When it rains, the water sometimes stays in the crater making it look like a pond.

The surface of the volcanic peninsula is about 77 km2 with a diameter of 12 km from north to south, and 10 km from east to west. 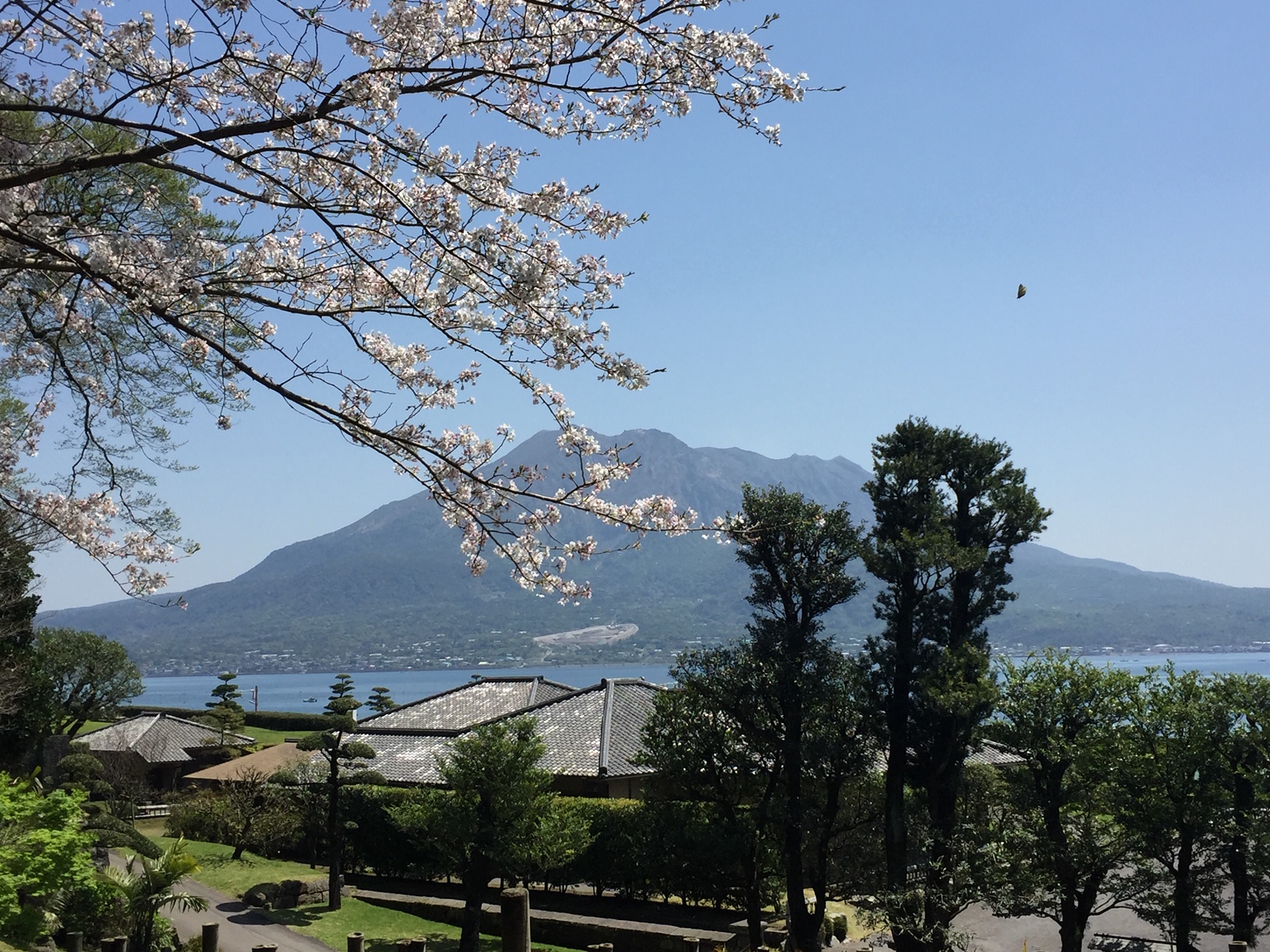 The volcanic activity still continues with Sakurajima emitting large flows of volcanic ash. The activity sometimes gets strong and the people, not only on the island but even in capital city Kagoshima-shi, have to deal with the falling ashes. The surfaces of cars, houses, and roads get dirty. Many houses in this area don’t have rain gutters because the ashes may pile in it.

There is no vegetation above 600 meters, and there are pampas grasses below that. On the mountain foot, there are pines, cedars, cypresses, and some other trees. It is not easy to grow vegetables here, but there are still some famous agricultural products from the island. One is the Sakurajima-Daikon, which is the biggest radish in the world, and the other one is a mandarin orange called Sakurajima-Komikan, which is the smallest orange in the world.

The region’s industry benefits greatly from the volcano as they use lava stones to make barbecue plates. You can also buy a small bottle of ashes as a souvenir.

There is a ferry from Kagoshima-ko (Kagoshima Port) which operates 24 hours (15-60 minutes interval). It takes about 15 minutes. It costs 200 yen (100 yen from 1 year old to elementary student) for one way.

Yakushima is a subtropical island off the southwestern coast of Kyushu and part of Kagoshi...
">