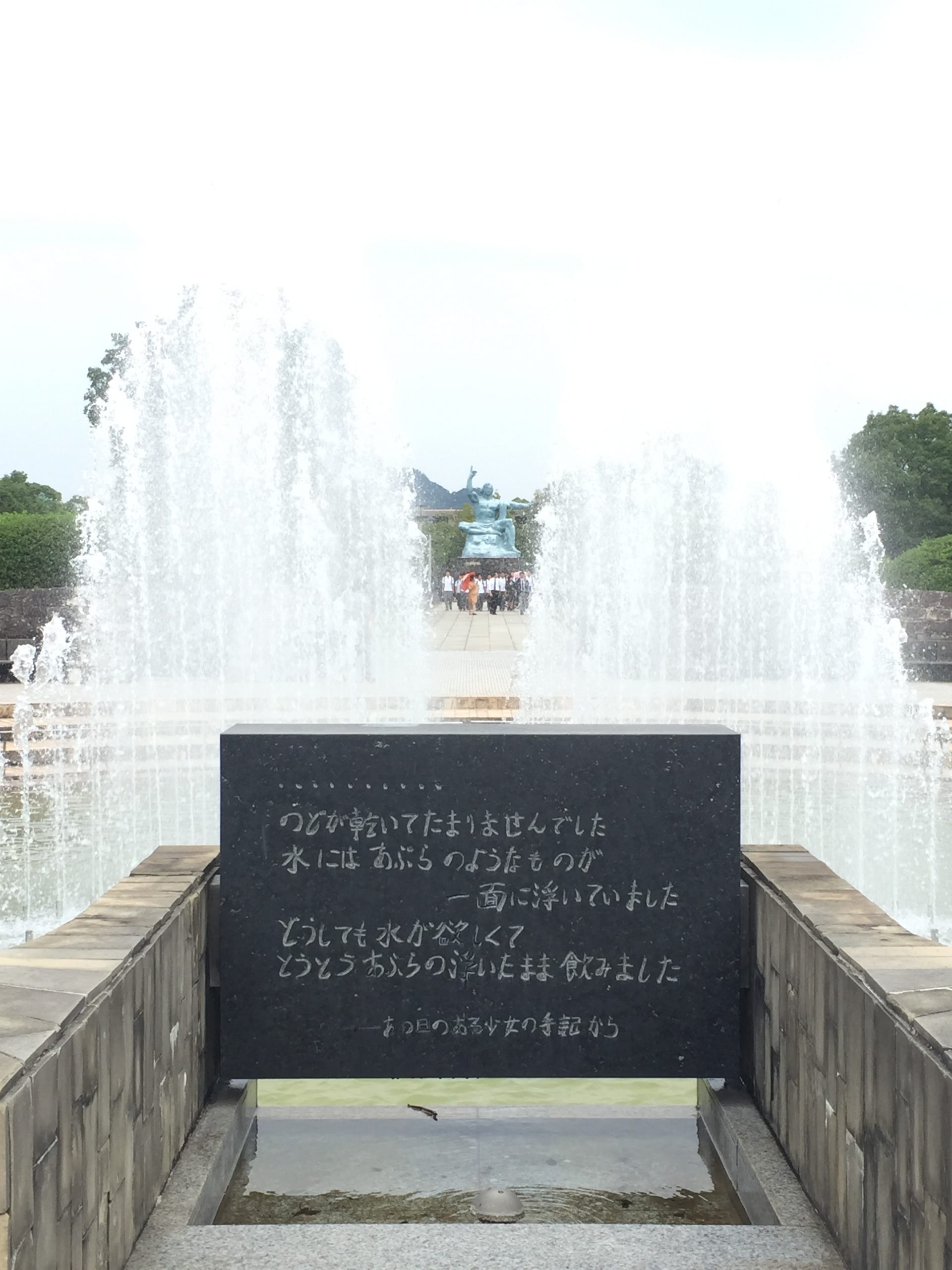 One of the most emotional places in Japan is the so-called Peace Park (Heiwa Koen in Japanese). It is located in Nagasaki, a few minutes’ walk from the atomic bomb museum and it commemorates the victims of the atomic bombing in Nagasaki. Built on what was once a prison, the park offers a wonderful view and leads the visitor to reflect on the importance of peace, not only in Japan but in the whole world.

In the center of the park is the icon of Nagasaki Prefecture, the Peace Statue, sculpted by Seibo Kitamura. It is 10 meters high and with the right hand pointing towards the sky, it refers to the threat of nuclear weapons that is still there while the extended left hand symbolizes eternal peace. Its soft face symbolizes divine grace and its closed eyes offer a prayer for the peace of the victims’ souls. The bent right leg means meditation, and the left leg extended the initiative to stand up and rescue the people of the world. This statue was created as a symbol of reflection in the struggle for global harmony. Being 10 meters tall, it conveys the depth of knowledge and beauty of health and virility.

In front of the statue, there is a black marble vault with the names of the victims of the atomic bomb and survivors who died in the following years and finally a nearby plaque with the words of the sculptor, explaining the meaning of the statue.

The plaque reads (translated into English):

“After experiencing that nightmare war, that carnage that curds the blood, that unbearable horror, who could leave without praying for peace?”

On both sides, in the park’s paths, there are important monuments for peace donated by the following countries: Cuba, China, The Soviet Union, Czechoslovakia, Bulgaria, Germany, Holland, Poland, Italy, Turkey, New Zealand, Australia, and the US city St. Paul City.

In the south of the park is the Fountain of Peace. It was built in August 1969, as a prayer for the repose of the souls of the many victims of the atomic bomb who died in search of water, and as a dedication to world peace. The lines of a poem by a girl named Sachiko Yamaguchi, who was nine years old at the time of the bombing, are engraved on a black stone plate in front of the fountain. It reads: “I was thirsty beyond what I could resist. The surface of the water was oily, but I wanted the water so much that I drank it as it was.”

Every year on August 9, the anniversary of the atomic bombing, a peace commemoration ceremony is held in front of the statue and the mayor of Nagasaki delivers a Declaration of Peace to the world. 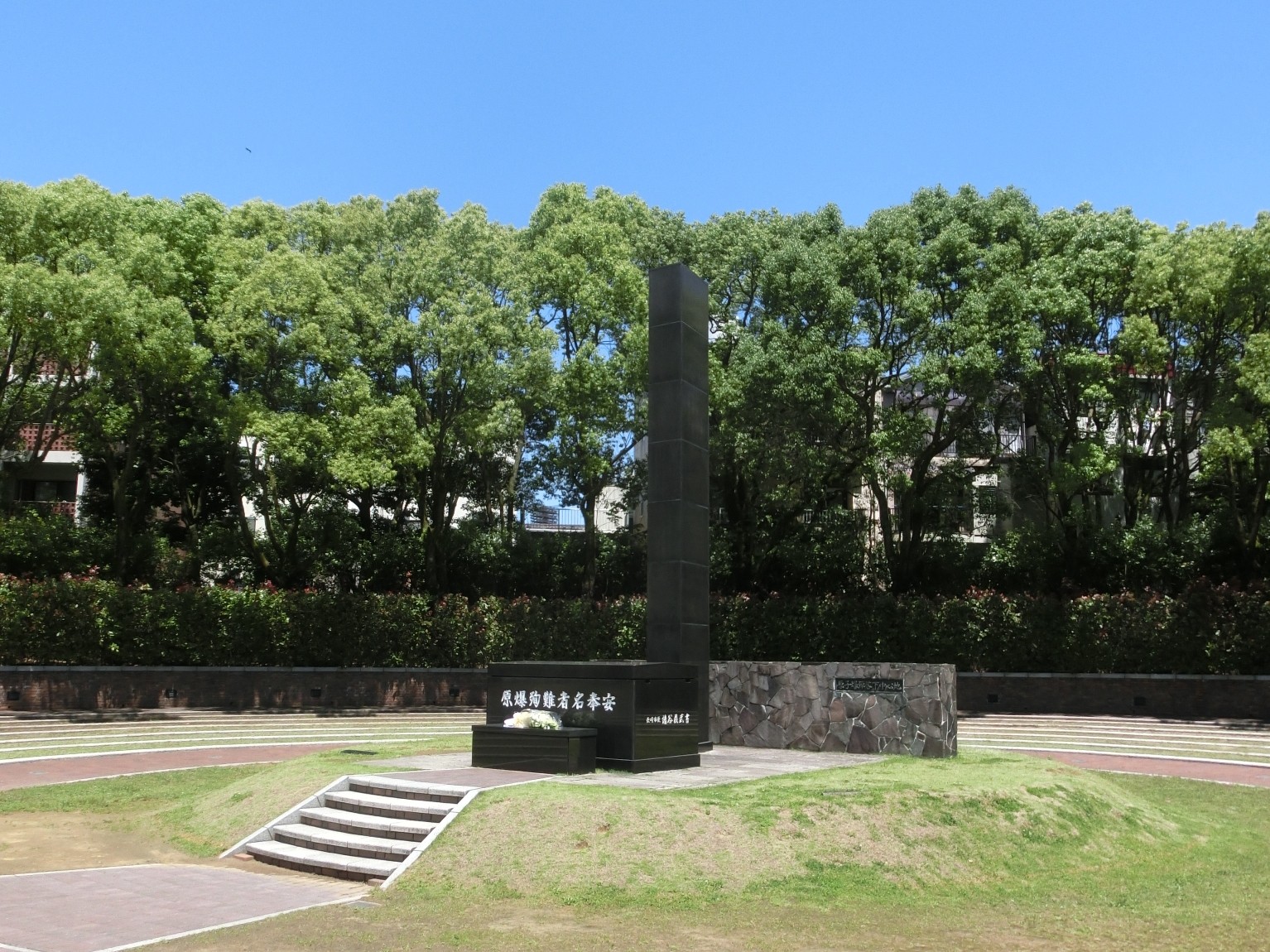 After you go down the long escalator, there is another part of Peace Park called Prayer Zone. There is a tall black pillar which is the monument of the hypocenter. The bomb exploded 503 meters above the ground.  There used to be a tennis court right below the spot where the bomb was dropped. Now it is a quiet park where people visit to pray for the bomb victims. There is a stone box in front of the pillar. It contains the name list of all the victims who died by the bomb.

Visiting the Nagasaki Peace Park can be one of the most memorable activities while you are on a holiday in Japan.

You can visit freely for 24 hours.

The city of Nagasaki is especially known for being one of the two cities that was bombed w...
">