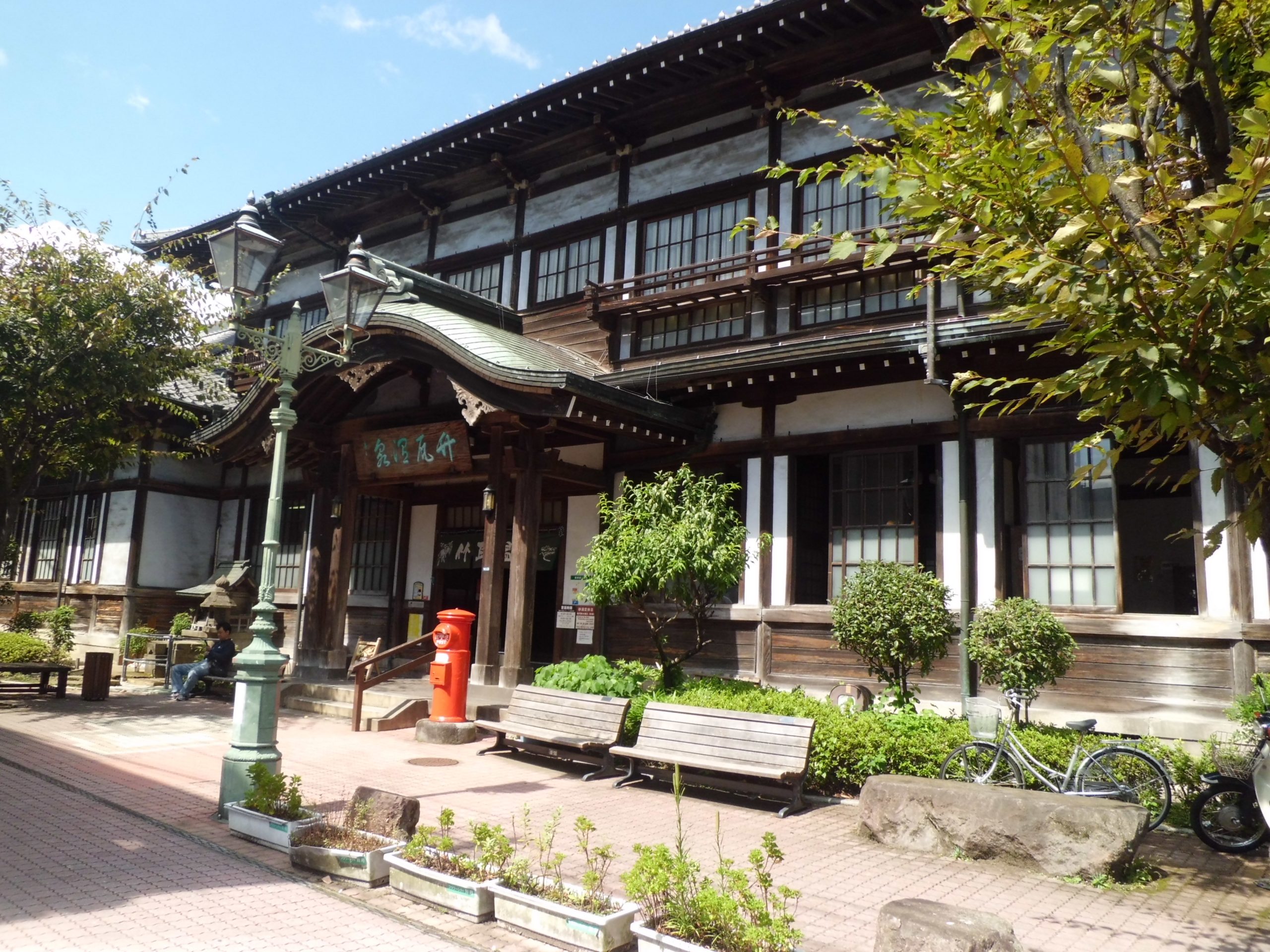 Beppu is located in the central part of Oita, on the coast of Beppu Bay. It is one of Japan’s most famous hot spring (‘onsen’ in Japanese) resorts, producing more hot spring water than any other resort in the country. The amount of hot spring water produced per day is about 130,000 liters.

If you look down on the town from a hill, you can see a unique urban landscape with steam coming up from everywhere as if there are a lot of fires burning. There used to be many guests who stayed at self-catering accommodations for long periods of time to cure themselves of diseases. Today, you can stay at a hotel and enjoy the hot springs very comfortably.

Hot water gushes from many spots in the city. The Beppu-onsen Spa consists of eight hot spring areas. There are about 2,200 hot spring sources in total. There are many modern spa resorts that are also supplied from the rich sources in these areas. Beppu offers an unmatched range of baths to be enjoyed, including ordinary hot water baths, mud baths, sand baths, and steam baths.

In addition, the Hells of Beppu are several spectacular hot springs for viewing rather than bathing. The Tour of Hell is the highlight of sightseeing in the Beppu Spa area. The color of each spring varies due to the chemical components in the water.

Eight spots including the Umi-jigoku (Sea Hell) made up of bright cobalt blue hot water, the Chinoike-jigoku (Blood Pond Hell) where hot water containing red melted clay gushes out, and the Tatsumaki-jigoku (Tornado Hell), a geyser, are usually on the itinerary of a Beppu tour.

Utilizing the vast amount of hot spring water, progress is also being made for industrial purposes. Research is conducted into collecting aluminum and utilizing the geothermal heat for power generation and agriculture. The hot springs are also used for medical treatment and beauty care. So how about buying some hot spring powder as a souvenir to keep your beauty?

There are buses for the Tour of Hell starting from Beppu station.

Tectonic activity doesn't just bring earthquakes and volcanic eruptions with it, it also b...
">

Mt Aso, the biggest active volcano in Japan and one of the largest caldera in the world is...
">

Are you looking for an intense experience of Kyushu's nature, history, and culture? Our La...