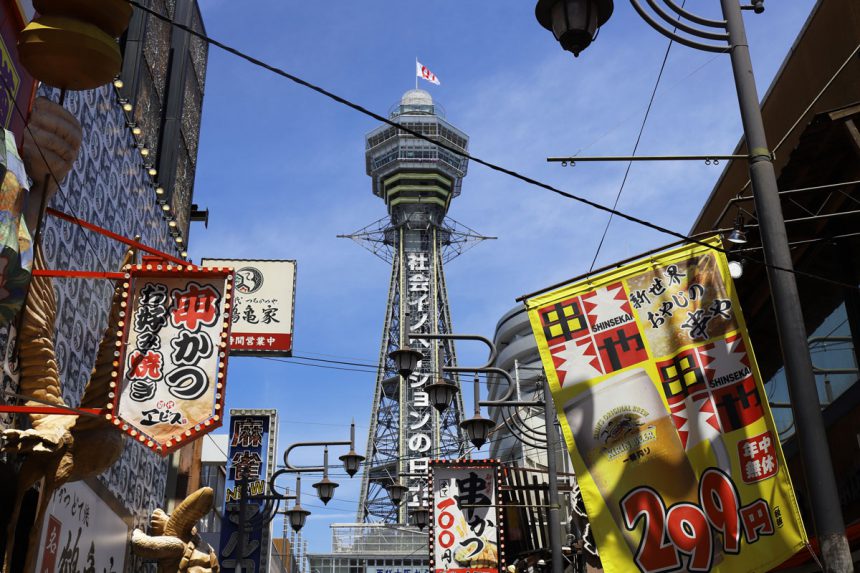 If Osaka is on your itinerary, Shinsekai in the Namba area is a very interesting neighborhood to explore. The atmosphere is somewhat retro-feeling, making you feel like you have returned to Japan at the height of the Showa period (1926-1989). Shinsekai literally means New World in the Japanese language.

History of the Shinsekai Area

Retro-futuristic in appearance with neon lights and 3D signs, Shinsekai’s creation dates back to 1903 when Osaka City hosted the National Industrial Exhibition. After that, Shinsekai was designed as a neighborhood where all kinds of attractions, bars, and restaurants were located.

In 1912, the Tsutenkaku Tower in the northern area, which was the entrance to Osaka’s Luna Park, was built with a unique architectural design that looked as if the Eiffel Tower had been built over the Arc de Triomphe. The northern half of Shinsekai is supposed to resemble Paris, while the southern area is an imitation of Coney Island in New York.

In 1943 the Tsutenkaku Tower suffered a serious fire, so it was dismantled and its steel was reused as weapons for WW2. Due to the poverty left behind by the war, the area’s activity dwindled and it was almost abandoned. In 1956 the tower was rebuilt and it was made resistant to earthquakes and typhoons. It became a symbol of progress in the new post-war world. The neighborhood was again reformed and although for many years it was seen as a dangerous area, it has gradually recovered and is now one of the most popular neighborhoods in the city. 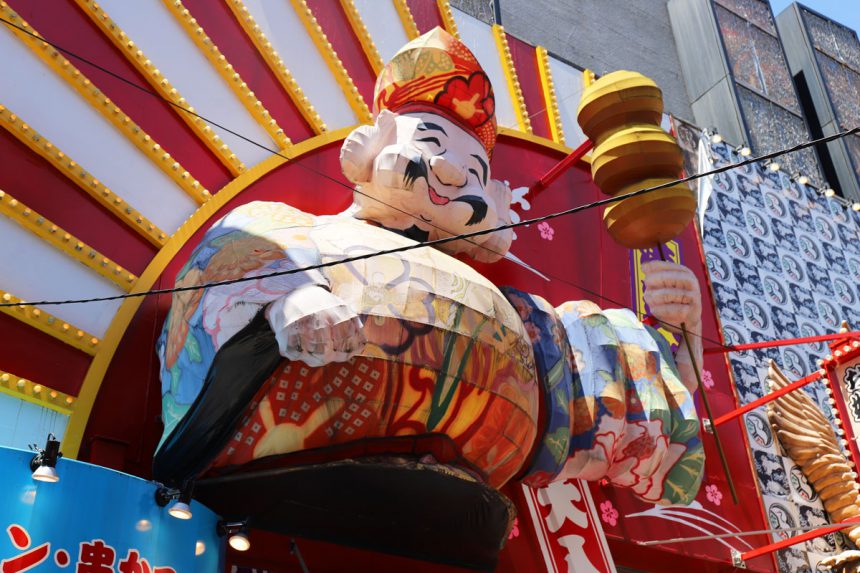 At 108 meter high, it is one of Osaka’s icons and is the focal point of the Shinsekai area. There are 7 different floors in the building. On the upper floors, the tower has 2 viewpoints that offer a spectacular view of the surroundings and an open-air garden. There are also restaurants and souvenir shops. One of the biggest attractions of the Tsutenkakuo Tower is its illumination. Although it can only be enjoyed at night, the tower’s LED lights vary in color as the seasons change.

Spa World is a complex of thermal waters where you can enjoy a traditional Japanese bath. Although it is not like a traditional onsen, it is a great spot to squeeze in some rest and relaxation during your exploring of bustling Osaka city. There are indoor and outdoor baths with different temperatures and themes and you can easily spend 2-3 hours here. 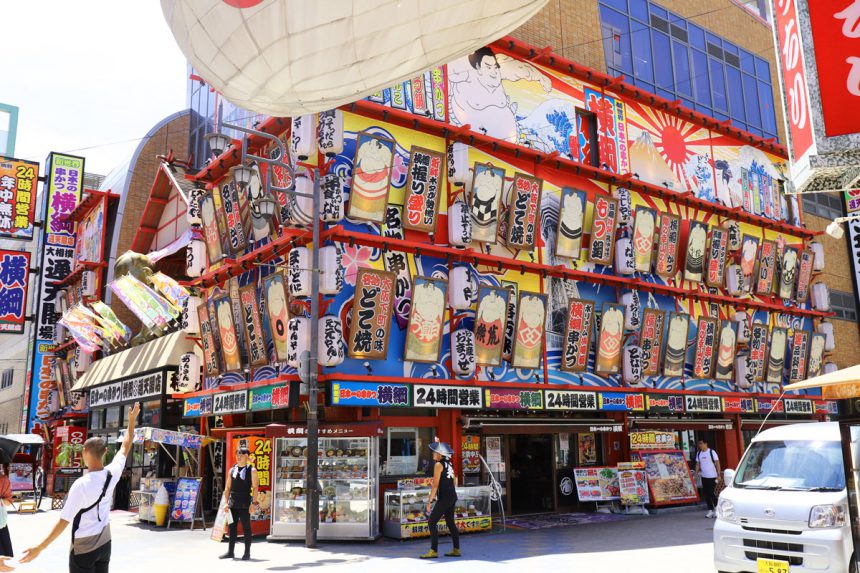 For many visitors, this is the highlight of the area. Janjan Yokocho is a popular street that is full of gourmet so-called B-class foods, meaning that the bites here are cheap and delicious. Some locals’ all-time favorites are kushikatsu, takoyaki, udon, soba and sushi. The narrow street is 180 meters long and jam-packed with all kinds of retro little eateries and shops. You can truly feel the atmosphere of the 1970s and 1980s here. If you would hire a private guide in Osaka, they can take you to the best spots here which can be a bit hard to find yourself in this overwhelming little backstreet.

As a curiosity, the Shinsekai neighborhood has an official mascot, a kind of goblin called Billiken. According to tradition, if you rub your hands on Billiken’s feet, you will have very good luck. So before you leave Shinsekai, don’t forget to rub Billiken’s feet to bring good luck to you!

If you book a tour package through us, in many cases the transfers to your hotel and back ...
">